140th Regiment’s War Diary was written in two discrete parts.  The records covering the period 2nd March-10th May 1940 was written contemporaneously and in detail.  It was probably transcribed from Officers’ dictation by the Regimental typists.

After the 10th May 1940, when the Regiment went into combat in Belgium, a formal War Diary record was either not kept or lost in the combat action. 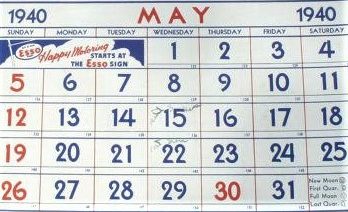 1940 Calendar showing the dates of the beginning of military action on Friday 10th May and the final battle of the Regiment’s campaign that took place on Thursday 29th May, a timescale of 19 days.

The War Diary that does exist for this period is condensed into seven pages of a more succinct, and understated, retrospective record based on an interview with Major Christopherson dated 25th June 1945. 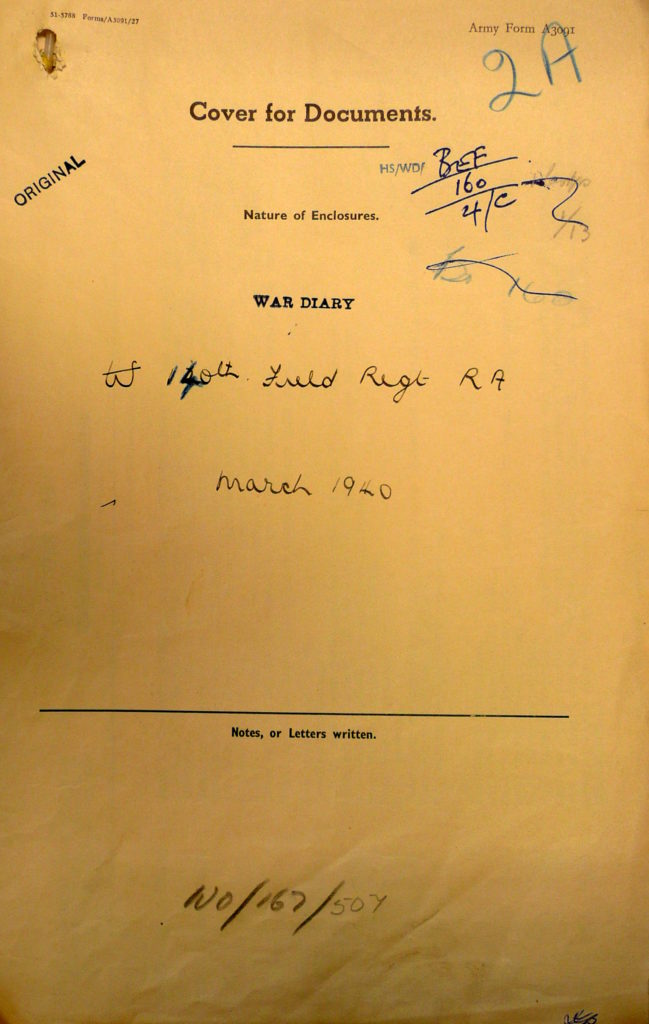 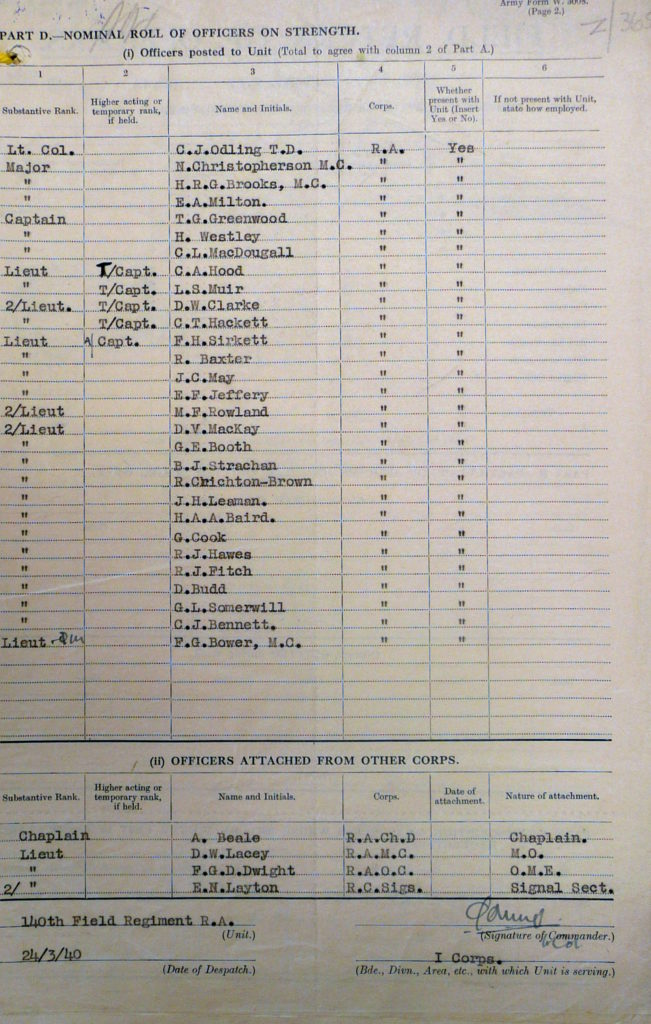 A list of the Officers serving in France, dated 24th March 1940.

Of the Regiment’s Senior Officers, Major Milton died of wounds sustained in action; Lt Col Odling and Major Christopherson were both injured and captured at Cassel and Lt Colonel Brooks was evacuated at Dunkirk.

The Regiments’ Medical Officer Lt. Lacey and Lt. Layton (Royal Signals) were both captured at Cassel;  Chaplain Beale was injured and escaped at Dunkirk. 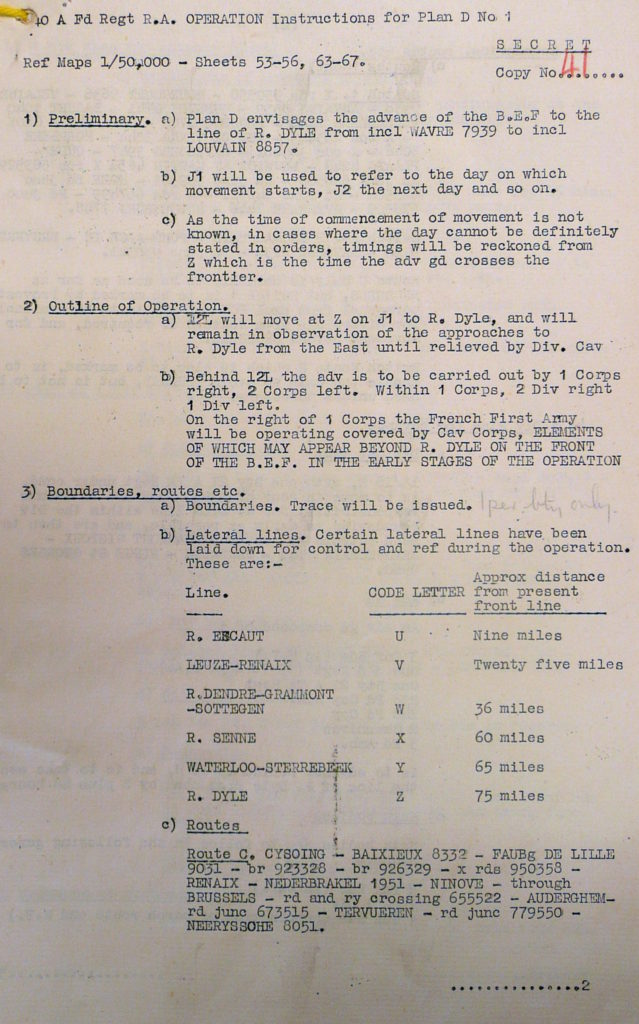 War Diary outlining the Secret ‘Plan D’, the advance to the Dyle in the event of the expected German invasion of Belgium. 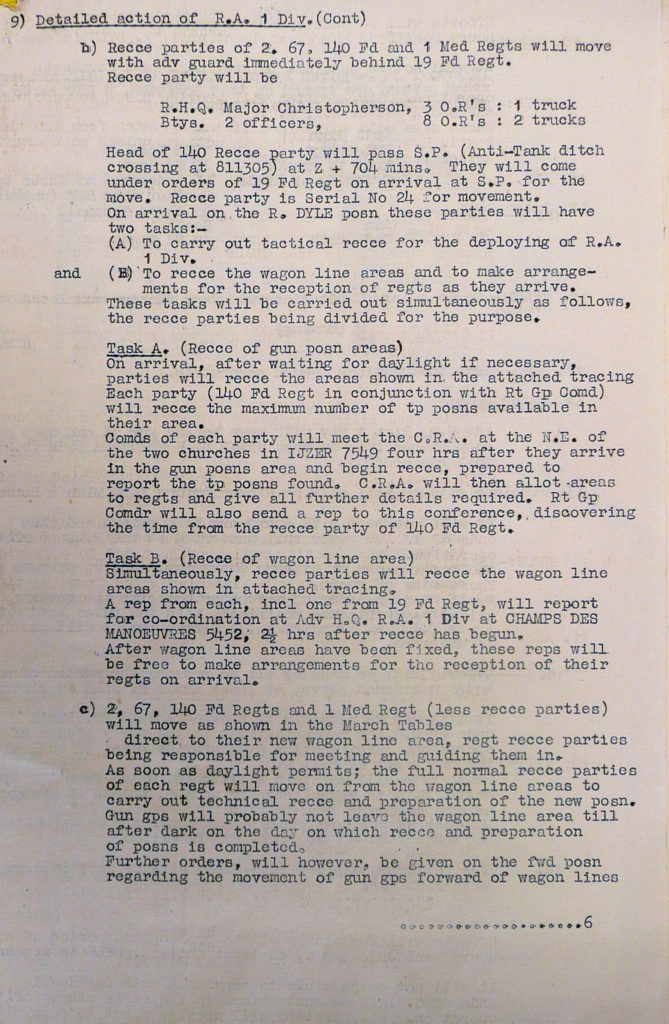 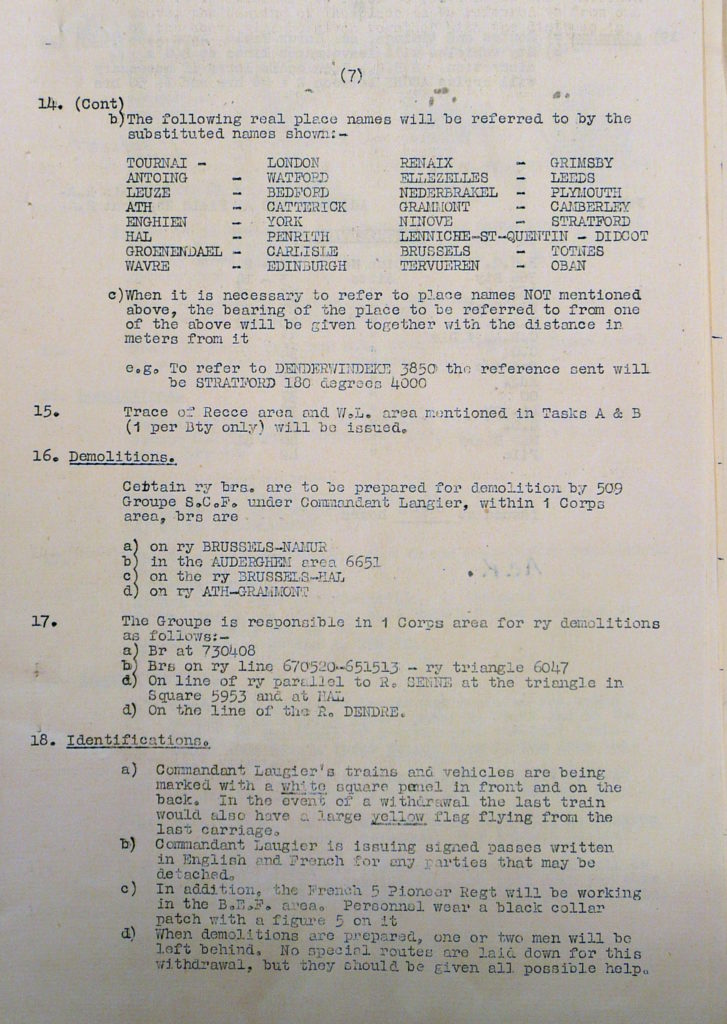 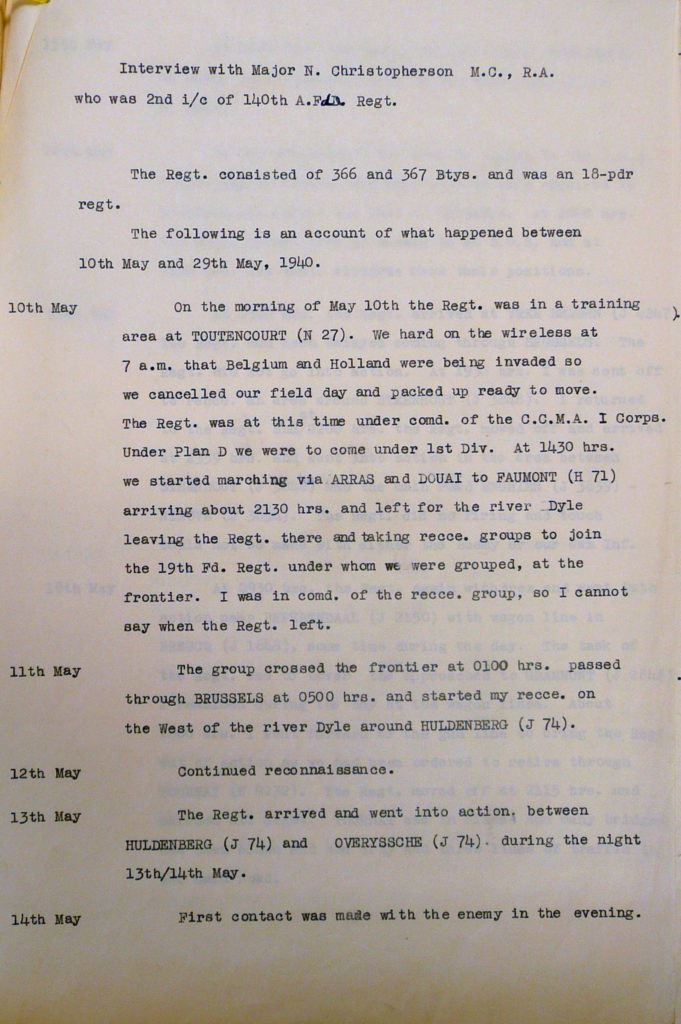 War Diary 10th-14th May 1940, following the German invasion of Belgium. 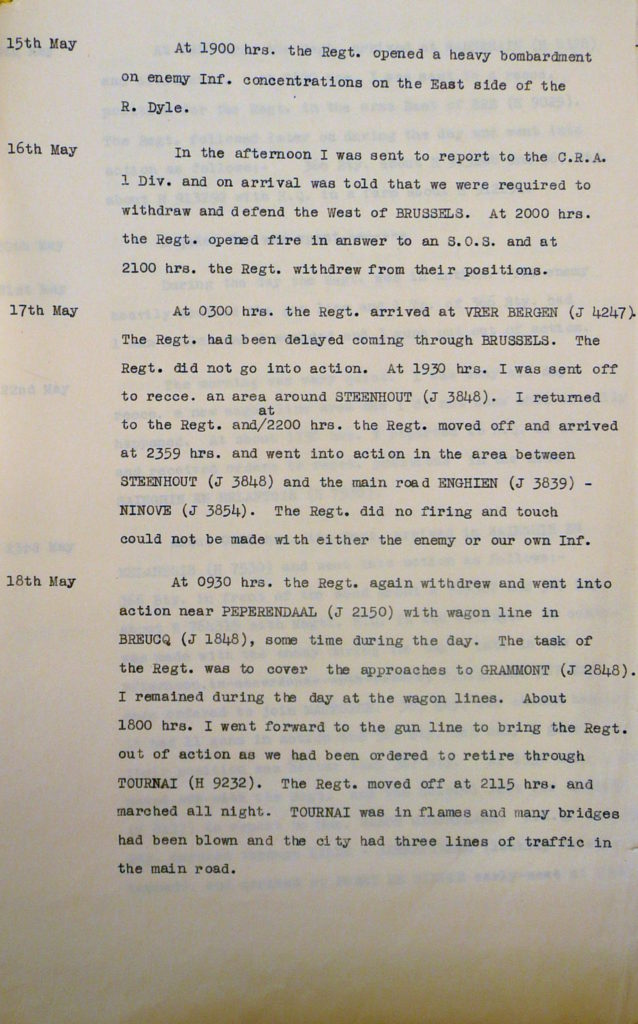 War Diary. Covering the Action and Withdrawal from the Dyle, 15th -18th May 1940 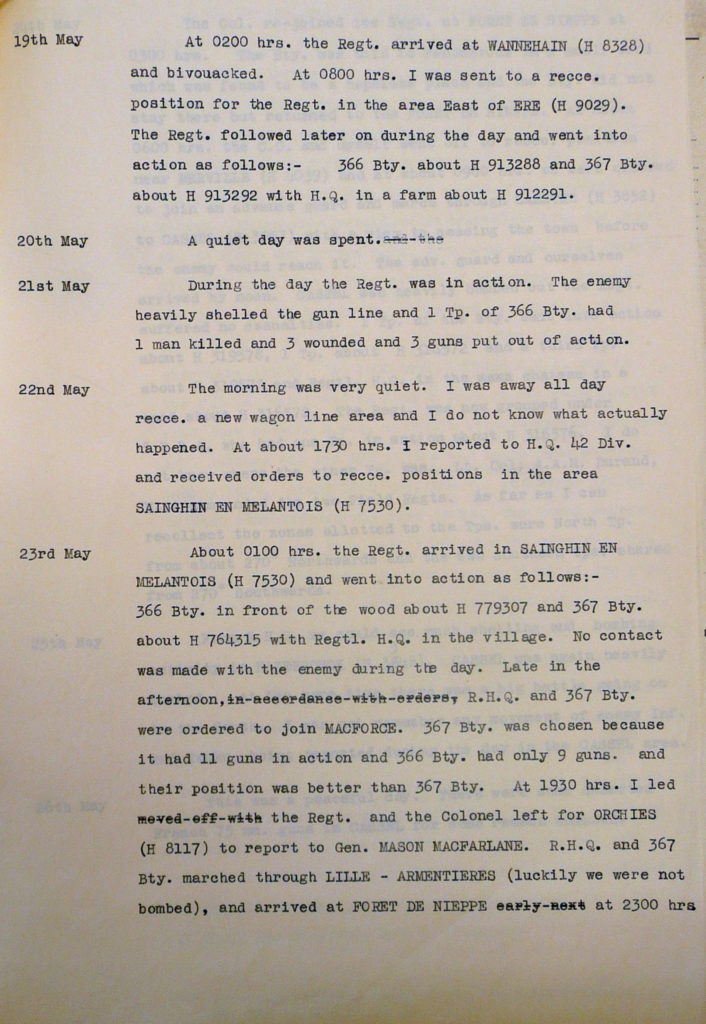 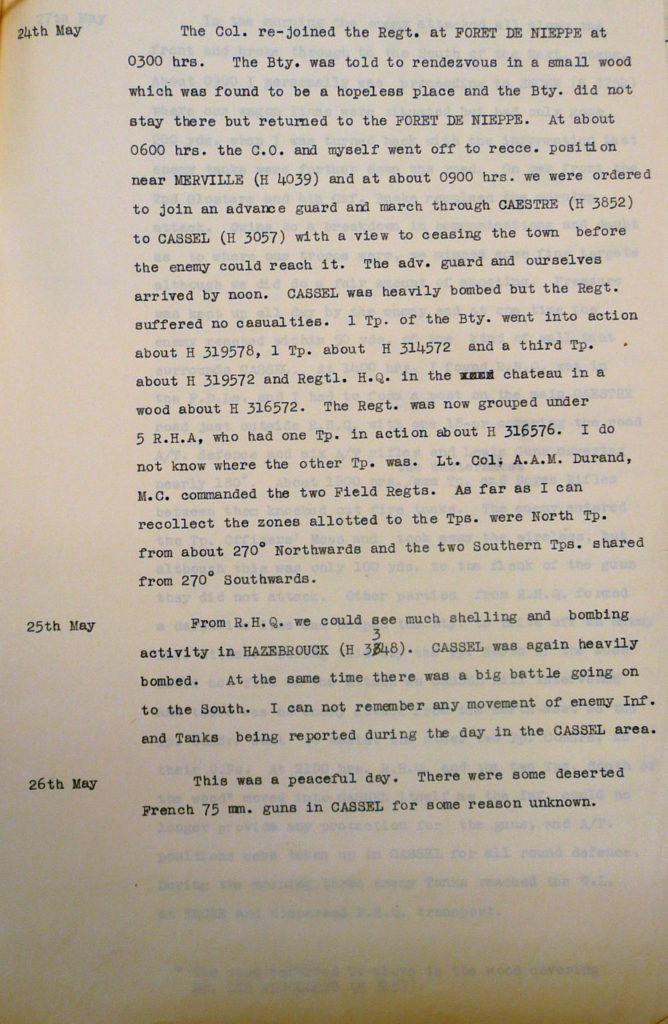 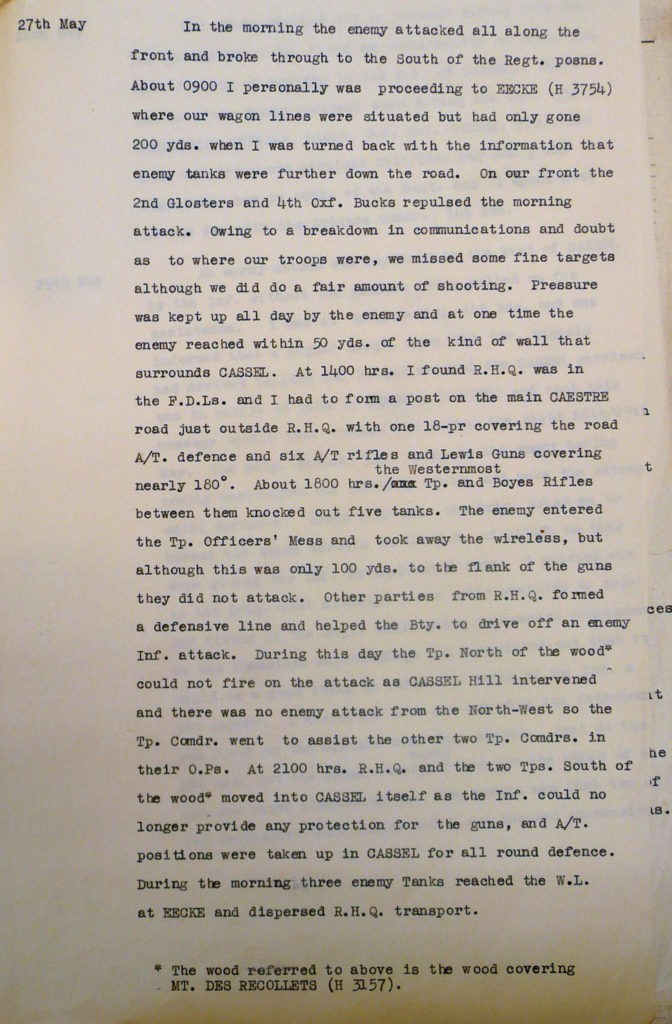 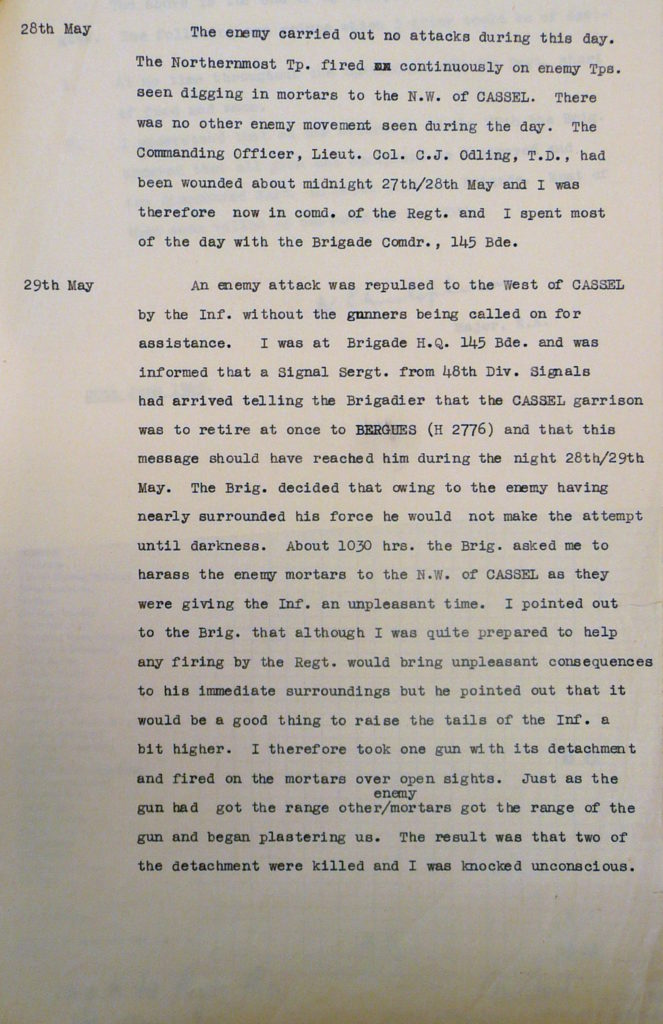 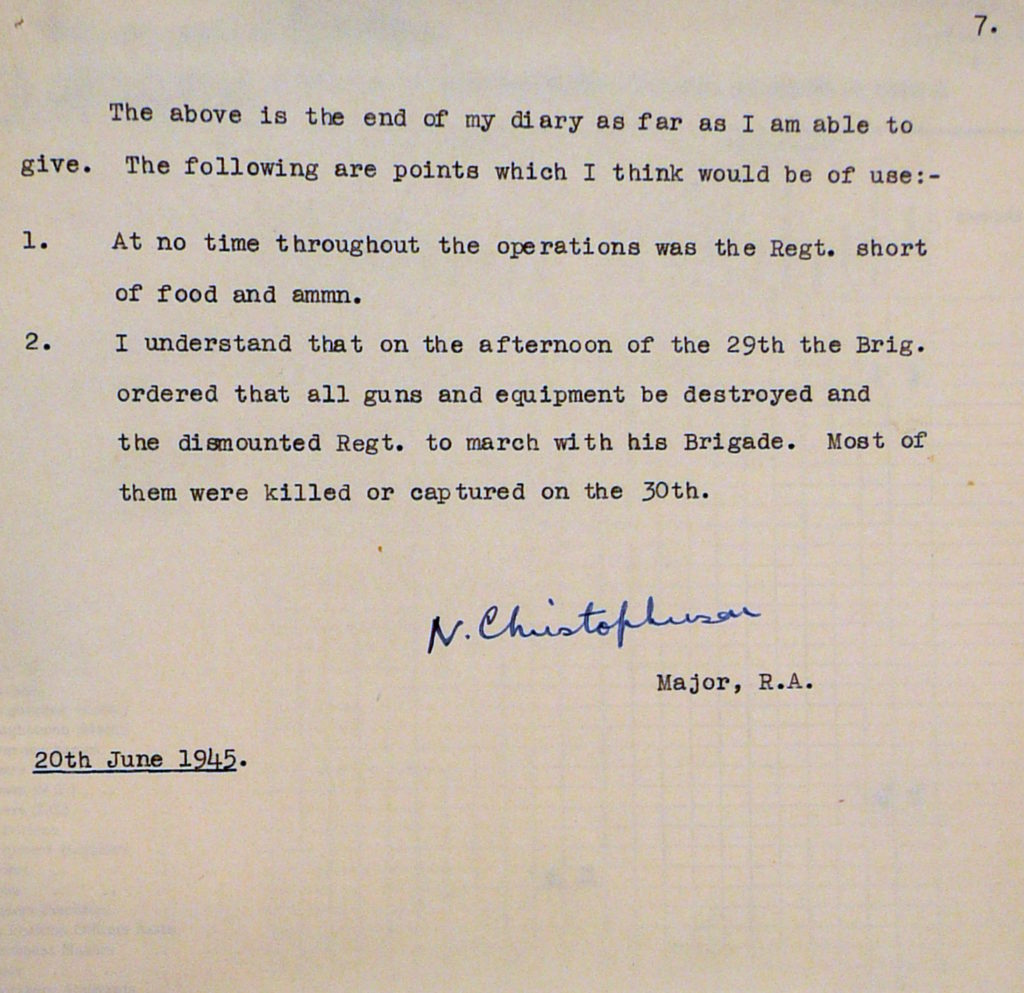 The final page of the War Diary signed by Major Christopherson on 25th June 1945.