2020, the 80th Anniversary of my Father’s capture near Dunkirk

This site tells his wartime story, and that of his Regiment (the 140 Field Regiment, Royal Artillery) concentrating on the Regiment’s contribution to the British Expeditionary Force (B.E.F) in 1940.

Eric Douglas West was born in 1919, the oldest of 3 boys.  He grew up in Cheam, South London where he and his childhood friend Jack Portas spent their leisure time on county walks and cycle rides.

In 1994 Jack Portas wrote to me from his home in Denmark, Western Australia and said: –

‘The natural world was a source of wonder to us and we collected plants, observed birds and I collected butterflies and moths. We had two walking holidays together in the Lake District in 1938 and climbing in North Wales in 1939.  How lucky we were not to suspect what was soon to come.’ 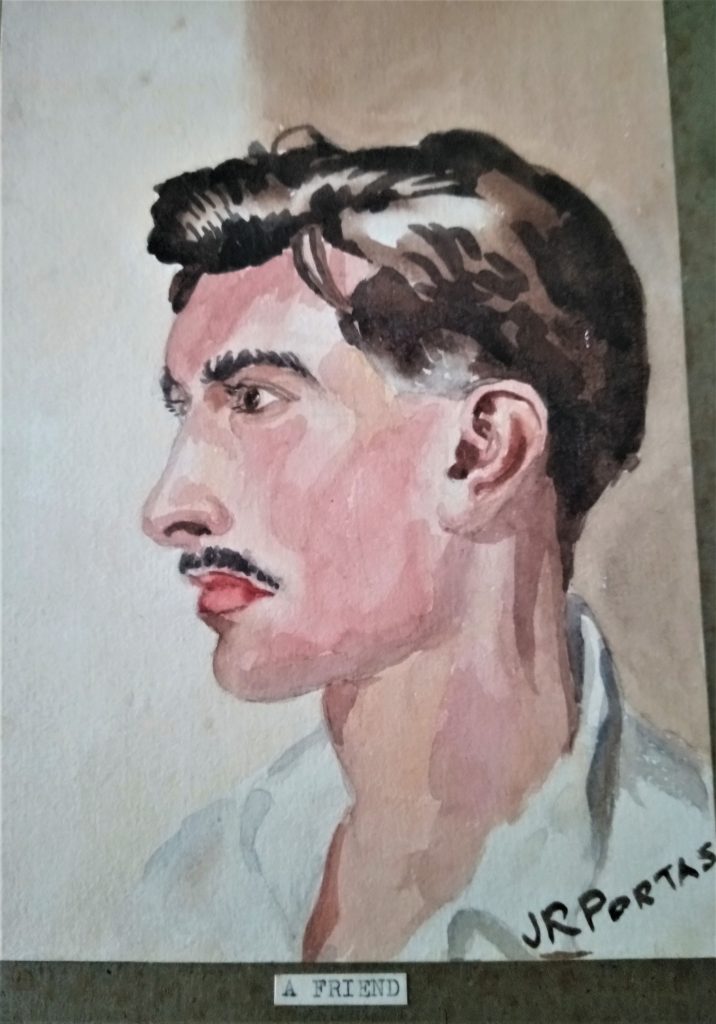 In his letter Portas enclosed a watercolour sketch of my father at the age of 17 entitled ‘A Friend’.

At the age of twenty, while working as an assistant to the Public Health Department of Sutton Council, on 20th October 1939 Eric West was enlisted into the Royal Artillery.  He was assigned to the 140 (5th London) Field Regiment, a Territorial Army Regiment.

Eric West joined the Regiment as a Gunner in 367 Battery and was promoted to the rank of Lance Bombardier around the time of the Dunkirk battles in May 1940.  Although there is no definite record, I suspect my father was assigned to ‘D’ Troop of 367 Battery, which defended the South-eastern comer of Cassel in late May 1940. 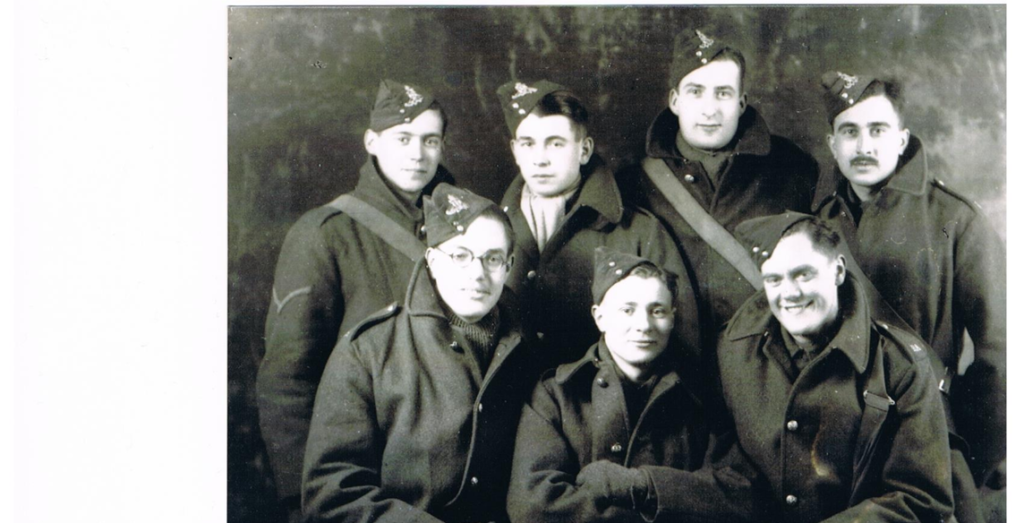 L/Bdr. Eric West was captured by the advancing German forces in Belgium on 31st May 1940 at the age of 21, during the breakout from Cassel and as he attempted to reach the Dunkirk beaches.

My father spent five years as a Prisoner of War at Stalag VIIIB, Lamsdorf, Silesia in the far South-East of Germany (now Poland).  In September 1940, along with many of the ordinary ranks of the captured British Army, he was moved from Lamsdorf to a work-camp.  In his case it was a coal mine complex at Bytom, near Katowice (Arbeitskommando E72) where he was forced to work for the remainder of the war as a miner.

By 1944 he had become fluent in German and was appointed the camp interpreter, taking over the role from Norman Gibbs, whose diary in captivity is added in later pages.

Between January and April 1945, he was on the ‘Long March’ across Poland and Czechoslovakia into Southern Germany, although like his other wartime experiences, this was never really spoken about.  We do know that he met the advancing American army in April 1945 and that his Liberation Questionnaire was signed on 30th April 1945.

On his return to England, age 26 and after five years in captivity that included heavy labour in a German coal mine and culminating in the Long March, a 500-mile forced march across Eastern Europe, my father would have learnt that his youngest brother Geoffrey West (who he would not have seen since March 1940) had committed suicide in 1946 whilst on active service in India.

With the help of a military historian (Stephen Cocks, Guided Battlefield Tours Ltd, Newport) I uncovered details of my Father’s Army service and visited the sites of his Regiment’s combat action in Belgium and Northern France during the three week period 10th May 1940 until 31st May 1940.

This was a trip my father proposed that he and I could do together after his retirement as a Consultant Psychiatrist in the 1980’s, but which we never managed to achieve in his lifetime.  Based on his military record, I’ve added details about his captivity and liberation, as well as the fate of his 140th Regiment after Dunkirk.

As well as the information and map referencing from Guided Battlefield Tours, this account is based on the War Diaries of 140th Field Regiment written by one of the senior officers of 367 Battery, Major Nevill Christopherson M.C., who was injured at Cassel and captured on the 30th May 1940.  In addition, I have referenced the established historical accounts and the 1941 book entitled ‘Grand Party‘ written by another of the Regiment’s senior officers and the Commander of 366 Battery, Lieutenant-Colonel Graham Brooks.

I have visited all the sites listed and photographed here.  If there are factual errors please email using the ‘Contact’ tab on this site and any inadvertent errors will be corrected as soon as possible.