Bernard Hirst was born in Sheffield in 1910, one of three boys, and at the age of 30 years became a driver in the 140th Field Regiment.  His brother Eric served in the RAF in the Far East and his brother William served in the Royal Navy.

Gunner Hirst was captured after the battle of Cassel and spent the remainder of the war as a POW in Stalag VIIIB, Lamsdorf.  Hirst was considered fit to work and was posted initially to the E1 Arbeitskommando in Laband, [now Gliwice, Poland] and then to E452 Arbeitskommando also at Gliwice, before finally ending up at the E902 Delbruckschachte-Hindenburg  Arbeitskommando coal mine complex at Hindenberg [now Zabrze, Poland].

In January 1945, the Hindenberg work camp was evacuated and Hirst participated in the Long March, during which he lost some toes to frostbite. 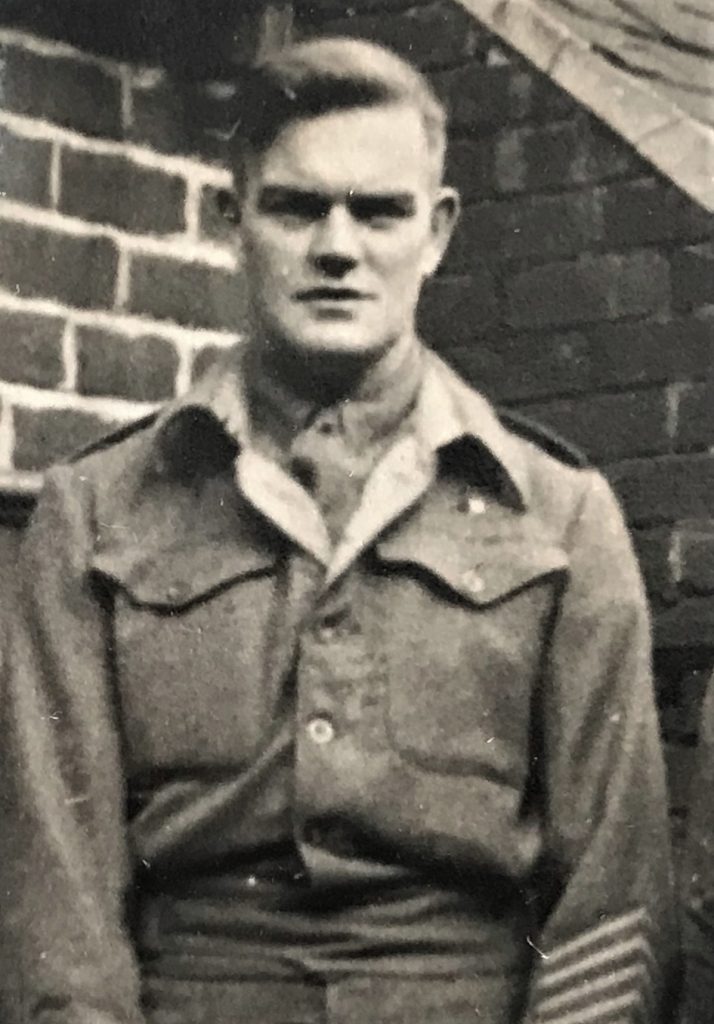 Bernard Hirst in 1940, with thanks to Assunta Esposisto

Hirst’s name appears in correspondence between the Red Cross and relatives of  Bombardier Arthur Ross and so it is assumed that Hirst and Ross had served together in ‘F’ Troop, 367 Battery. 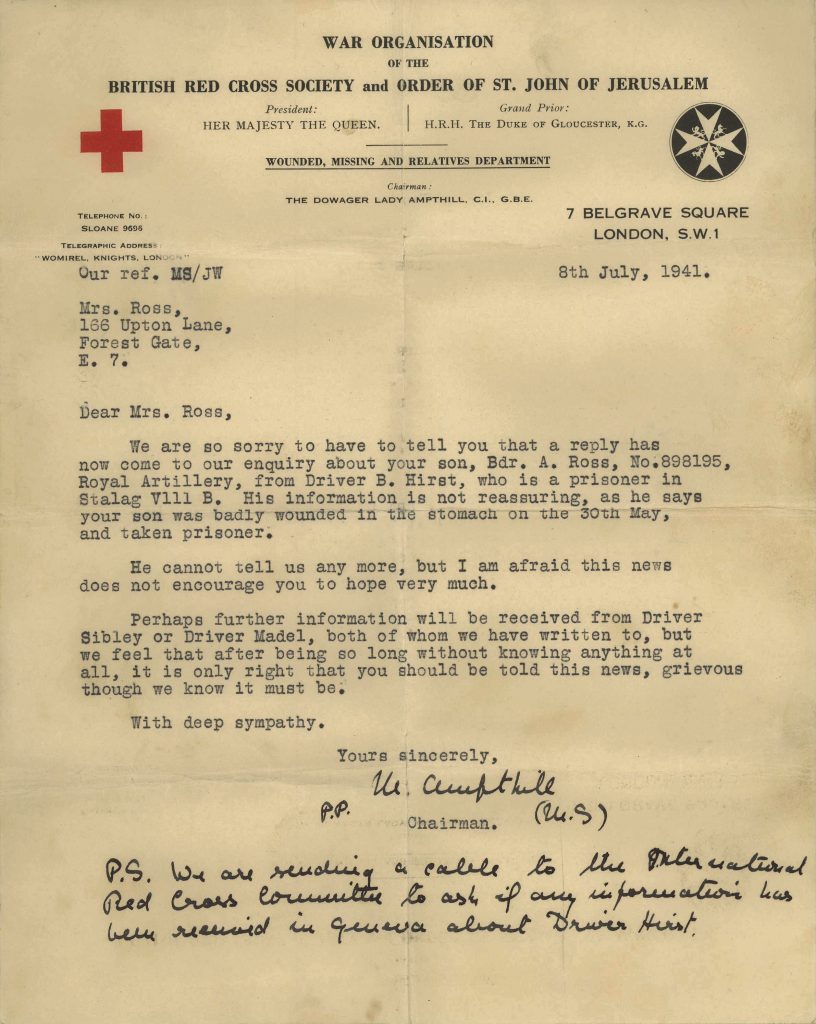 On his return from captivity Bernard Hirst resumed his career as a plumber despite his wartime injuries and settled in his home city of Sheffield.

On 17th April 1973 an article entitled ‘The Bombs Fell Among Us and all We Could do was Lie Down and Hope’  was published in the Sheffield Star newspaper which summarised Bernard Hirst’s wartime experience at Cassel and as a POW (with thanks to his great-niece Assunta Esposito). 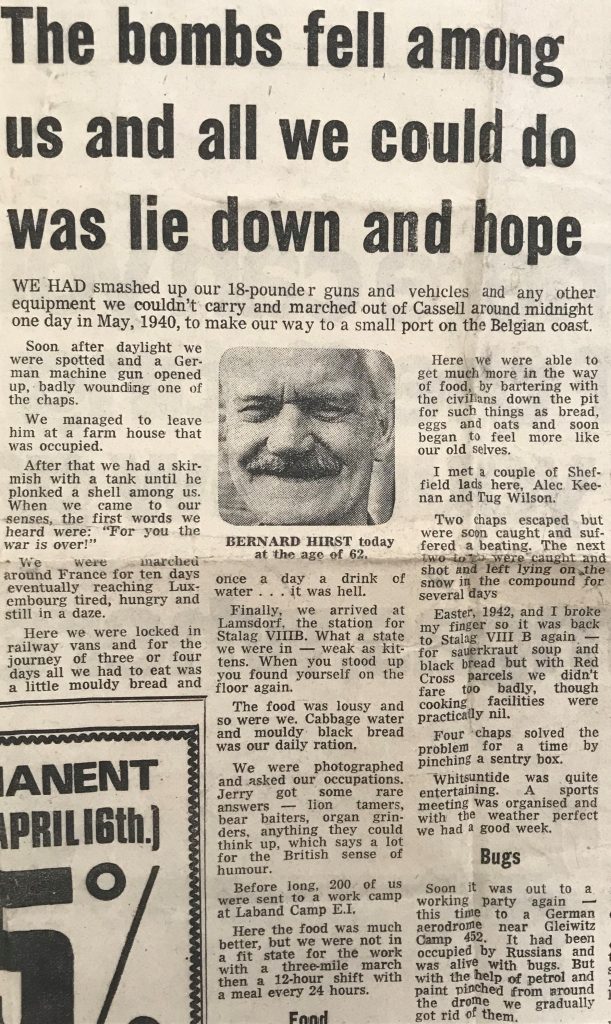 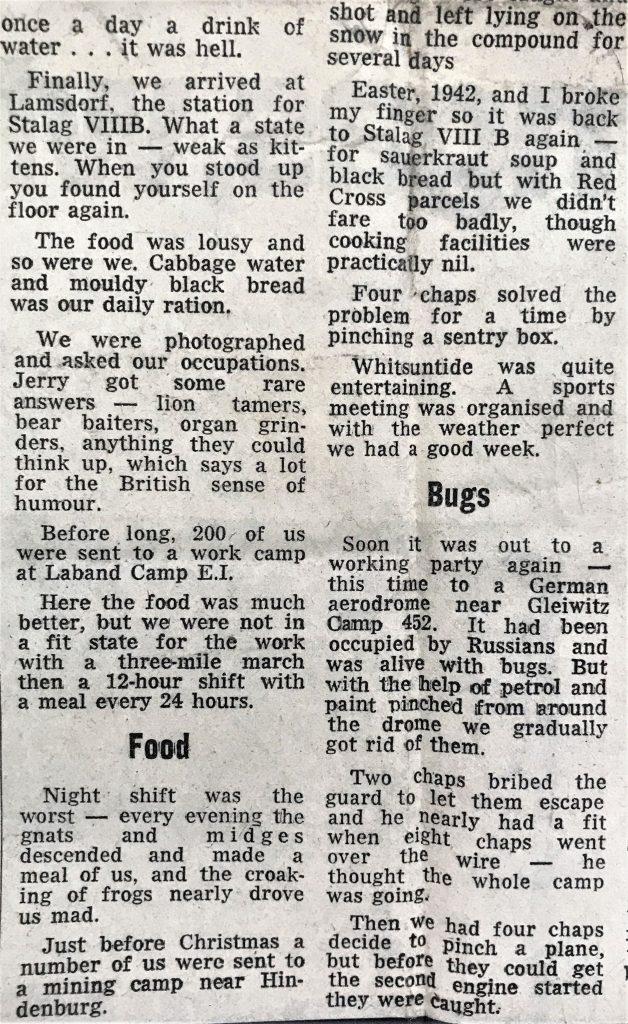