Brigadier Nigel Somerset wrote in his prisoner-of-war camp diary: ‘I realised we were the Joe Soaps of Dunkirk, that we were being sacrificed so that as many British and French as possible could get away and get all the kudos. I felt very bitter.’ 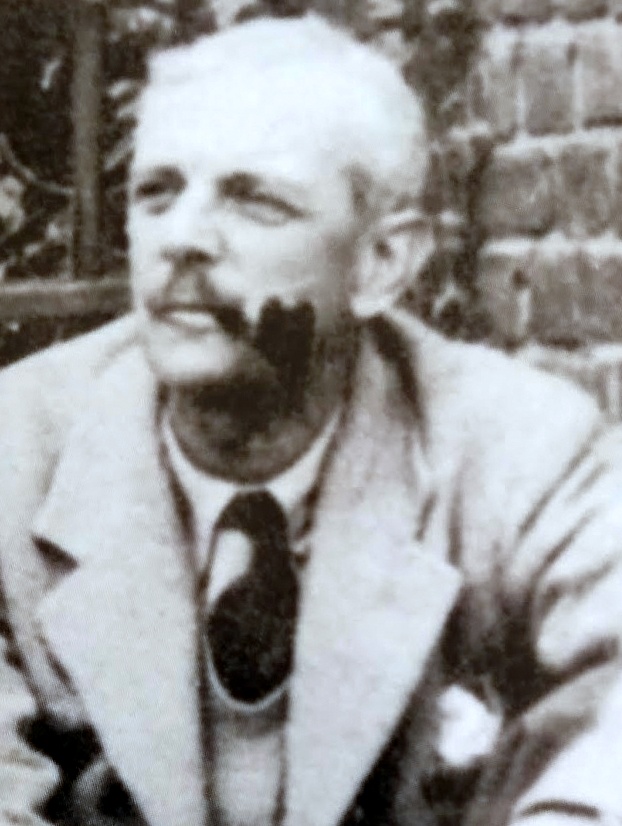 In 1948 Nigel Somerset was spurred by his feeling that the brave defence of Cassel by his ‘Somerforce’ was being neglected by historians of the period to write his letter ‘In Dunkirk’s Grim Days‘ to the Daily Telegraph as follows:

From Brig. the Hon. N. F. Somerset to the Editor of the Daily Telegraph, 19th February 1948

Sir – I notice that in his memoirs of 1940 Mr. Churchill observes that “After the loss of Boulogne and Calais only the remains of the port of Dunkirk and the open beaches next to the Belgian frontier were in our hands.”

At the time I was commanding a brigade group holding a sector from Cassel to Hazebrouck. We were heavily attacked by German armour on May 27. At Cassel the Germans were repulsed with the loss of over 20 tanks. At Hazebrouk our force there was surrounded and did not finally capitulate until the evening of May 28.

Not knowing that the B.E.F. was embarking for the United Kingdom we hourly expected a vigorous counter-attack by British and possibly French troops to restore the situation. We hung on at Cassel until the night of May 29, and then tried to reach the Dunkirk bridgehead.

German operation maps at the time showed Cassel and district still occupied by the enemy, and leaflets were dropped calling on us to surrender, as “your generals are gone”!

I feel it is fair neither to myself nor the troops under my command to let this stand pass from mind, especially as so many gave their lives, and most of the remainder of us spent five years in captivity. Incidentally, by holding on at Cassel we not only deprived the Germans of one of the main roads to Dunkirk, but enabled many British detached units and individuals to reach the bridgehead.

All these facts appear to have utterly escaped the notice of the authorities at the time owing to the indescribable confusion, and I feel that an opportunity has now been afforded me of bringing them to light.

One of Somerset’s fellow Glostershire Regiment Officers, Lt Col Michael Duncan, wrote an account of the battle of Cassel and captivity in his book ‘Underground from Posen’, published in 1954.  Chapter III recounts the battle and is entitled ‘The Forgotten Last Stand’.

He invited his old Commanding Officer to write the Forward which reads:

‘….Practically all of those who fought through the retreat and rear-guard action at Cassel in May 1940 were either killed or spent the rest of the war in captivity, thus deprived of freedom, family and fame. That this force received scant recognition there is not the slightest doubt. That but for the stand at Cassel and Hazebrouck many units of the British and French that were evacuated to the UK would not have reached Dunkirk or any other beach, there is also little doubt…….. ‘ 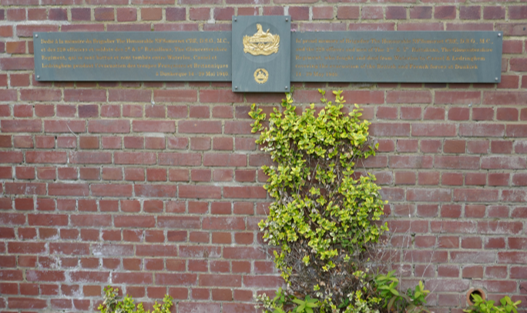 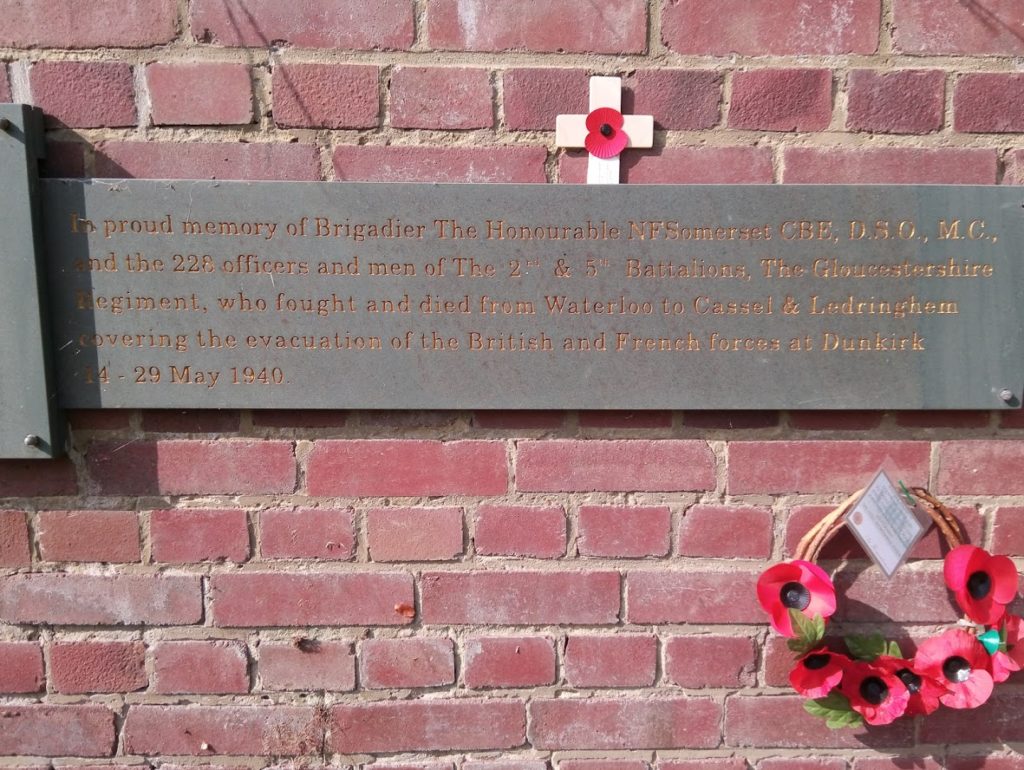 Brigadier Nigel Somerset’s 145 Brigade plaque in the Cassel Commonwealth War Cemetery.  It was previously displayed in the Grand Place of Cassel.

The plaque states: ‘In proud memory of Brigadier The  Honourable NF Somerset CBE, D.S.O., M.C., and the 228 officers and men of The 2nd & 5th Battalions, The Gloucestershire Regiment, who fought and died from Waterloo to Cassel & Ledringham covering the evacuation of the British and French forces at Dunkirk 24-29th May 1940′.