Lieutenant Ronald Baxter was promoted to acting Captain in the 140th Field Regiment as the campaign evolved during May 1940.  He was the leader of ‘F’ troop, 367 Battery and was involved in the battery’s last stand at Cassel.  Baxter was captured at Watou during the breakout from Cassel on 30th May 1940. 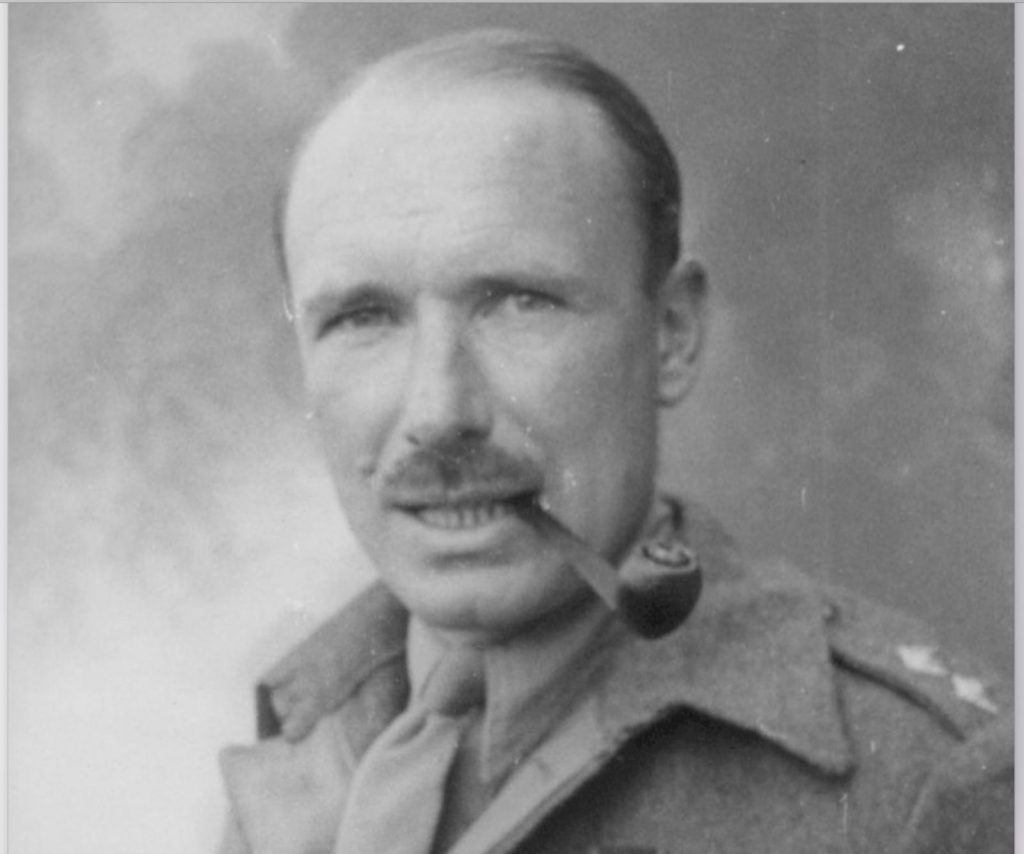 F Troop, 367 Battery consisted of Bombardier Arthur Ross, and Baxter’s personal friend Lieutenant Jack May.  Lt. May was one of the very few members of 367 Battery who managed to escape to Dunkirk.  Sadly, Lieutenant May was seriously wounded by air attack while on board ship at Dunkirk and later died of his injuries on 21st June 1940.  Lt. May is buried at Bromley Hill Commonwealth War Cemetery in Kent (see ‘In Memoriam‘ section of this website).  Bombardier Ross also died of his injuries sustained at Cassel.

Captain Baxter was transferred as a POW to Oflag VIIC and then to Oflag VB, Biberach in Bavaria.  He was able to escape from Oflag VB, but was recaptured within sight of the Swiss border.  The escape he had participated in had the distinction of having the highest number of ‘home runs‘ of any POW escape from Germany.   The camp still exists and a local historian has recently located the escape tunnel.

Ronald Baxter wrote a set of comprehensive notes of his wartime experiences between May 1940 and May 1943. The notes were written during the war, but after his return to England in 1945, he started to turn the notes into a narrative.  He did not complete the narrative, although he did take it as far as the 24th May 1940. The story from then on, until his capture on the 30th May, continues only in note form. There are then three notebooks that contain a record of his time as a POW. These subsequent notes were written while in prison camps, and with the approval of the German prison camp authorities, as they contain the camp censor’s stamp. The diary is in the care of the Imperial War Museum in London and is reproduced here in the section ‘Battle of Cassel‘.

Thanks to Sally Sirkett, widow of Captain Paddy Sirkett who spent his captivity with Baxter, I have been able to obtain sight of some of Lt. Baxter’s letters from Oflag VIIC to his family in England- see ‘Officers of the Regiment in Captivity’ section of this website.