Cecil A. (‘Tommy’) Hood was born in 1905 in Kingston, Surrey.  He was educated at Kings College School in Wimbledon and then worked, before and after the war, as a stockbroker for the Union Discount Co. (a bank-to-bank finance provider).

Whilst working with Union Discount Co, Cecil Hood joined ‘A’ Battery, Honorary Artillery Company (HAC) as a Gunner in 1923.  By 1939 he was a Warrant Officer in the HAC.

When Princess Margaret was born in 1930, Hood led the Royal Artillery’s 21-gun salute in London to celebrate her birth.

In 1939, at the outbreak of hostilities, Hood was a 34 year-old married man with three children and he and his family had moved to Oxshott, Surrey.  He was recalled to service, commissioned as a 2nd Lieutenant on 23rd August and mobilised.  He was promoted to Lieutenant on 24th August and by September he was serving with 140th Field Regiment as an Acting Captain, and then further promoted to Adjutant on 15th October 1939.

In November 1939, the 140th Field Regiment joined the B.E.F.  At the time, Captain Hood was attached to the 140th Regiment’s 367 Battery and took part in all the Regiment’s actions, ending in the defence of the Cassel garrison.  He was in the Cassel breakout and was captured near Winnezeele at 10 am on the 30th May 1940.

There is considerable detail about Captain Hood’s time in captivity thanks to his diary, family archives of letters and press cuttings kept by his grandchildren. 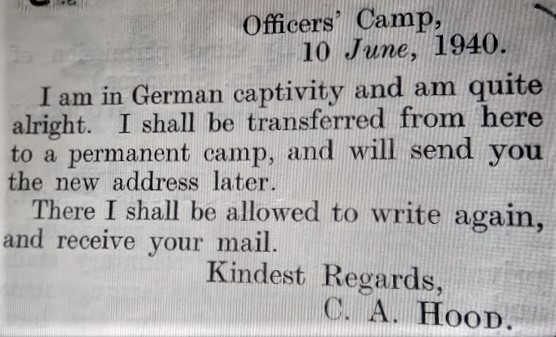 Captain Hood’s captivity was initially at Oflag V11 Laufen, Bavaria.  Laufen was a village about 10 miles north west of Salzburg.  He was with seven other Officers from the 140th Regiment.  At this Oflag, they were able to hold piano recitals, played bridge and ping-pong.  They were allowed to receive parcels from England up to 10lbs.  Hood was allowed to write letters from captivity once-weekly, his letters took about a week in transit and were air-posted via Portugal. 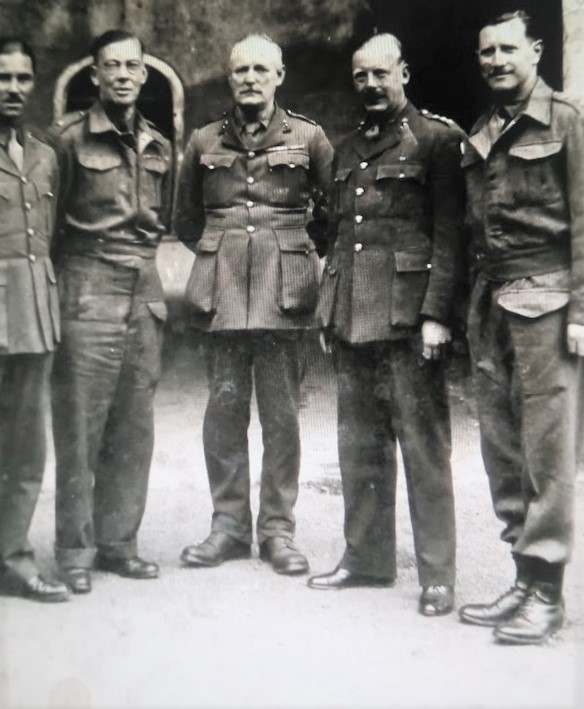 From 11th October 1941, possibly related to escape attempts, Captain Hood was moved to Oflag VIB (Dossel) and then from 12th September 1942 until the wars’ end, he was moved to Oflag V11B, Eischstatt (about 12 miles north-east of Ingolstadt in Bavaria) from where he was liberated by Allied forces in April 1945.

His small children did not recognise their father on his return.  In 1946, Cecil Hood became a Veteran Member of ‘A’ Battery, HAC.  He was promoted to Major, RA TA on 12th January 1949.  On 9th May 1956 he exceeded the age limit and ceased to belong to the TA Reserve of Officers and was granted the honorary rank of Major.