His brother Gerald Sirkett was a bomb disposal officer in the Royal Engineers and also served in the B.E.F. in 1940.  Gerald was able to escape with British forces at Dunkirk.

Captian Sirkett  spent his captivity at Oflag VIIC (Laufen) in Bavaria and, from 1944 onward, Oflag VIB before liberation by Allied forces.  His widow Sally Sirkett has kindly provided copies of his sketches, photographs and correspondence, including letters from Lieutenant Baxter- see ‘Officers of the Regiment in Captivity’ section of this website. 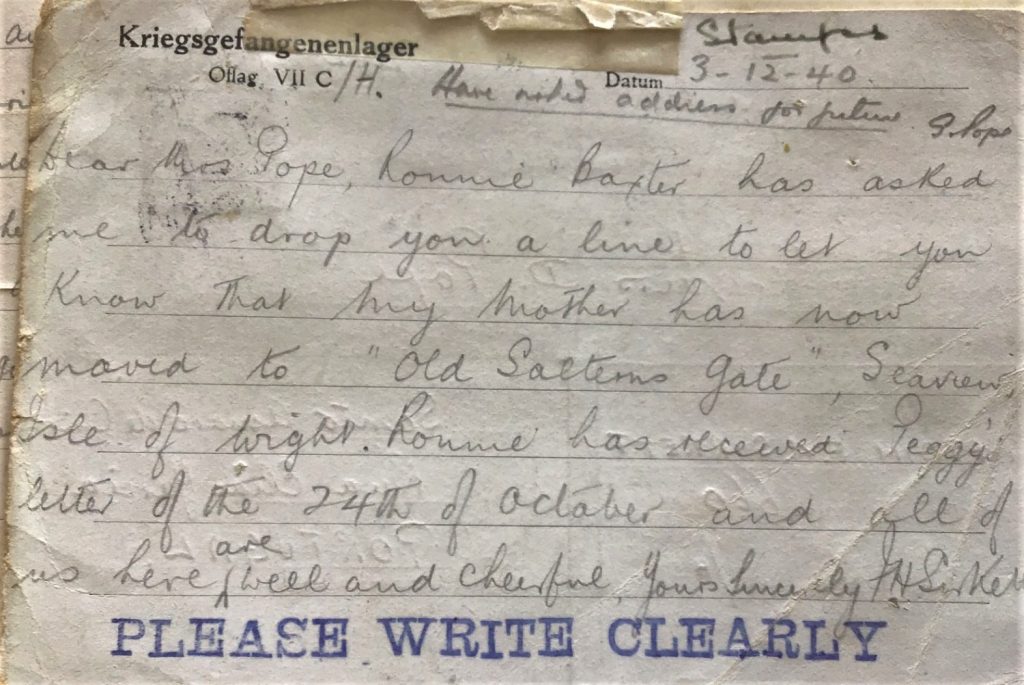 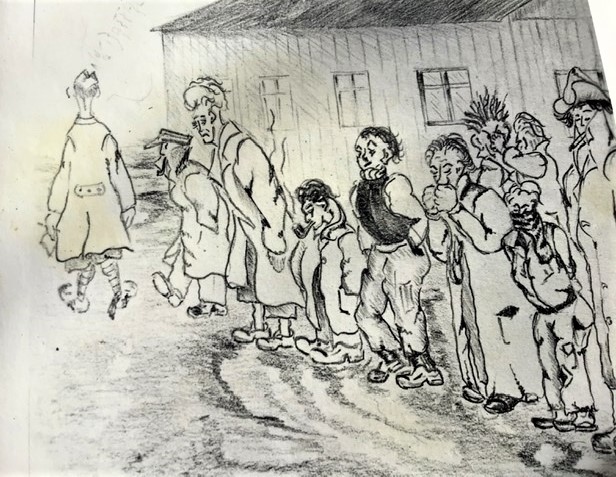 In 1955, Paddy Sirkett married Sarah (Sally) who now lives on the Isle of Wight. Their first born was christened Nevil.