The War Diary gives an account of the Regiment’s first wartime casualty.  It occurred on 10th April 1940, the same day as the German invasion of Denmark and Norway.

Gunner John Lee of 366 Battery was an unmarried 23-year-old from Walworth, South London.  He died of carbon monoxide poisoning while training with the Regiment in the village of La Visterie on the 10th April 1940.  It is not clear from the War Diary whether or not he suffered an accidental death perhaps related to poor ventilation.

He was buried with full military honours at Douai Commonwealth War Grave Cemetery in Northern France, presided over by Chaplain Beale (who was later wounded at Cassel) with the majority of his Battery’s Officers in attendance. 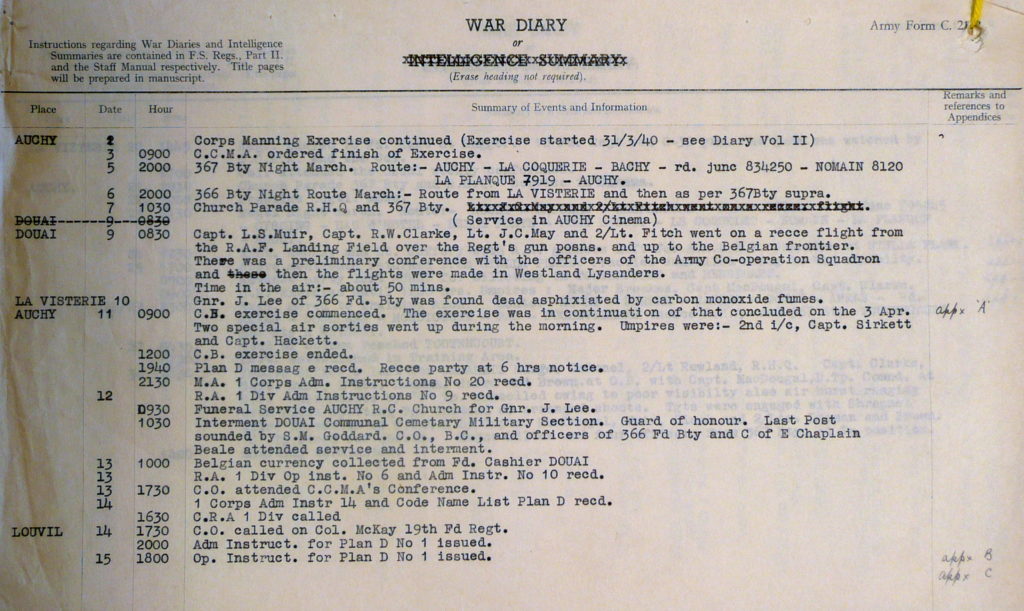