As agreed by the Allies, the Belgian army was on the left flank of the main British position and the French 1st Army was to their right.  The 140th Regiment’s position, from the War Diary map reference, was adjacent to the N253 road between Huldenberg and Overyssche, with the Regimental ‘Wagon Line’ (supply depot) situated by a cigar factory some miles to the rear.  As the German advance threatened Brussels and the Regiment later withdrew, the factory owner donated his entire stock and these cigars accompanied the Regiment on their journey back into France.

The gun position described in ‘Grand Party‘ suggests that 366 Battery was somewhat to the south of 367 Battery and Regimental HQ, in the village of Smeysberg.  The Smeysberg road connects the N253 with the Stroobantsstraat on the downward slope from Huldenberg towards the Dyle river.  The village was described as a ‘tiny pocket of cottages‘, from which all the civilians fled during the first air raids. 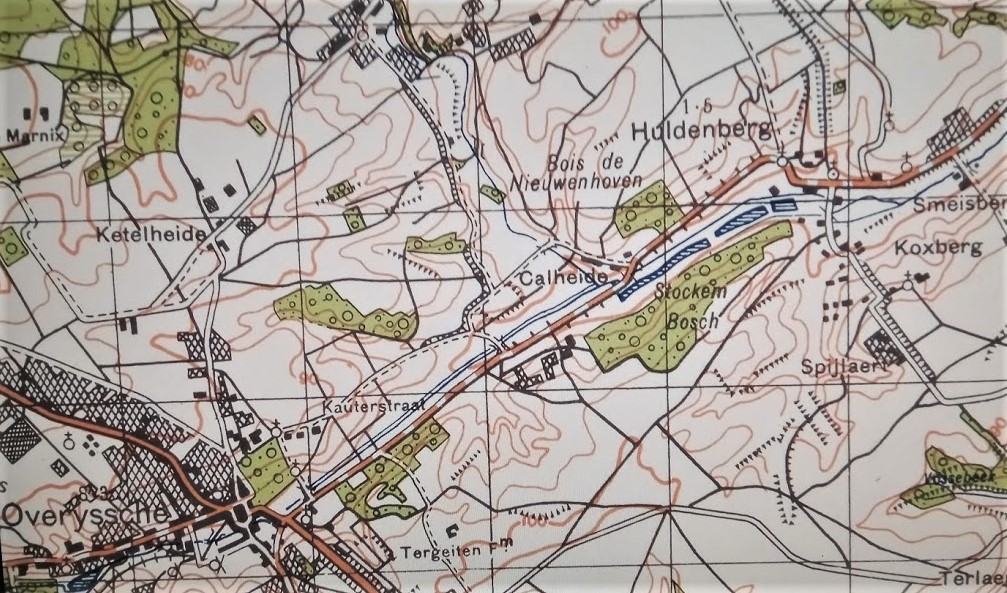 1937 map of Huldenberg and Smeisberg, the positions of 367 and 366 Batteries respectively 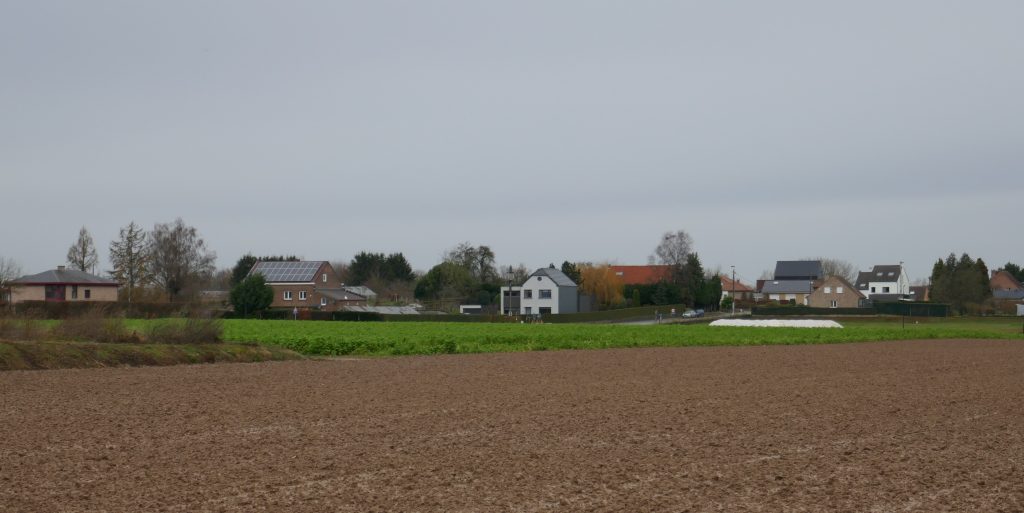 The hamlet of Smeysberg in 2019

Also, according to ‘Grand Party‘, the first B.E.F. Artillery unit to engage German positions in World War Two was, in fact, the 140th Regiment during the evening of 14th May 1940.   The War Diary coolly describes ‘first contact was made with the enemy in the evening’.

That action had been preceded by a Luftwaffe dive-bomber attacks on Smeysberg and Huldenberg.  The Stukas had appeared unopposed out of a clear, sunny morning sky.  Lt. Col Brooks reports that he was shaving at the time, and reports how impressed he was by the coolness of his men under fire for their first combat experience.

Brooks also describes witnessing the horror on the faces of retreating civilians, and the distress of  local farm animals and domestic pets, many of which the men had to put out of their misery by shooting.

Further prolonged combat firing from the Regiment’s Dyle positions took place during the 15th and 16th May, including a barrage of fire on the evening of 16th May to protect the infantry in response to a SOS signal (probably a colour-coded Very light) fired by forward infantry.

War Diary, 14th May
‘First contact was made with the enemy in the evening’.

War Diary, 15th May
‘At 19.00 hrs. The Regiment opened a heavy bombardment on enemy Infantry concentrations on the East side of the River Dyle.’

War Diary, 16th May
‘In the afternoon I was sent to report to the Commander Royal Artillery 1st Division And on arrival was told that we were required to withdraw and defend the West of BRUSSELS. At 20.00 hrs. the Regiment opened fire in answer to an S.O.S. and at 21.00 hrs. the Regiment withdrew from their positions’. 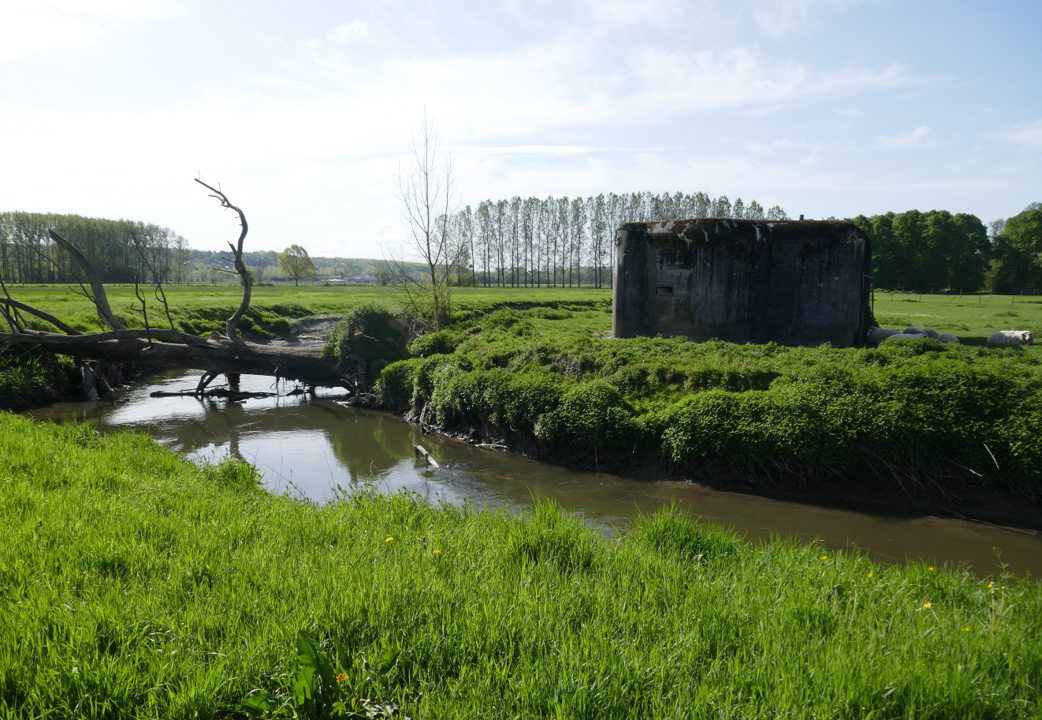 A wartime bunker on the Western bank of the River Dyle. 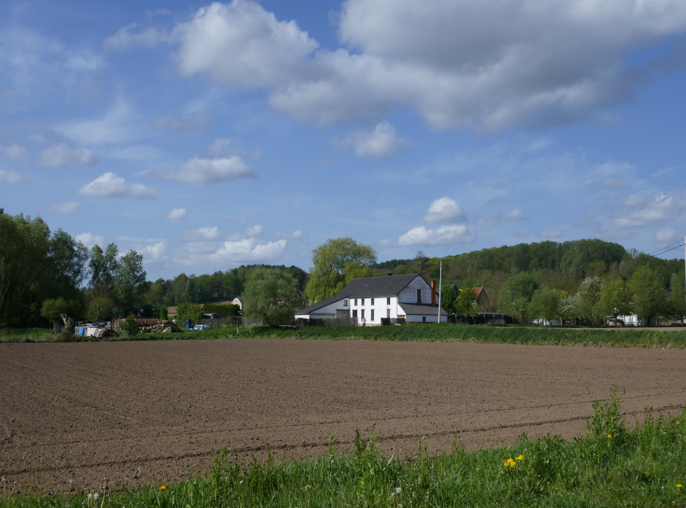 Looking towards Huldenberg and Smeysberg from Sint-Agathe-Rode, the Regiment was  positioned on the high, wooded ground overlooking the Dyle valley. 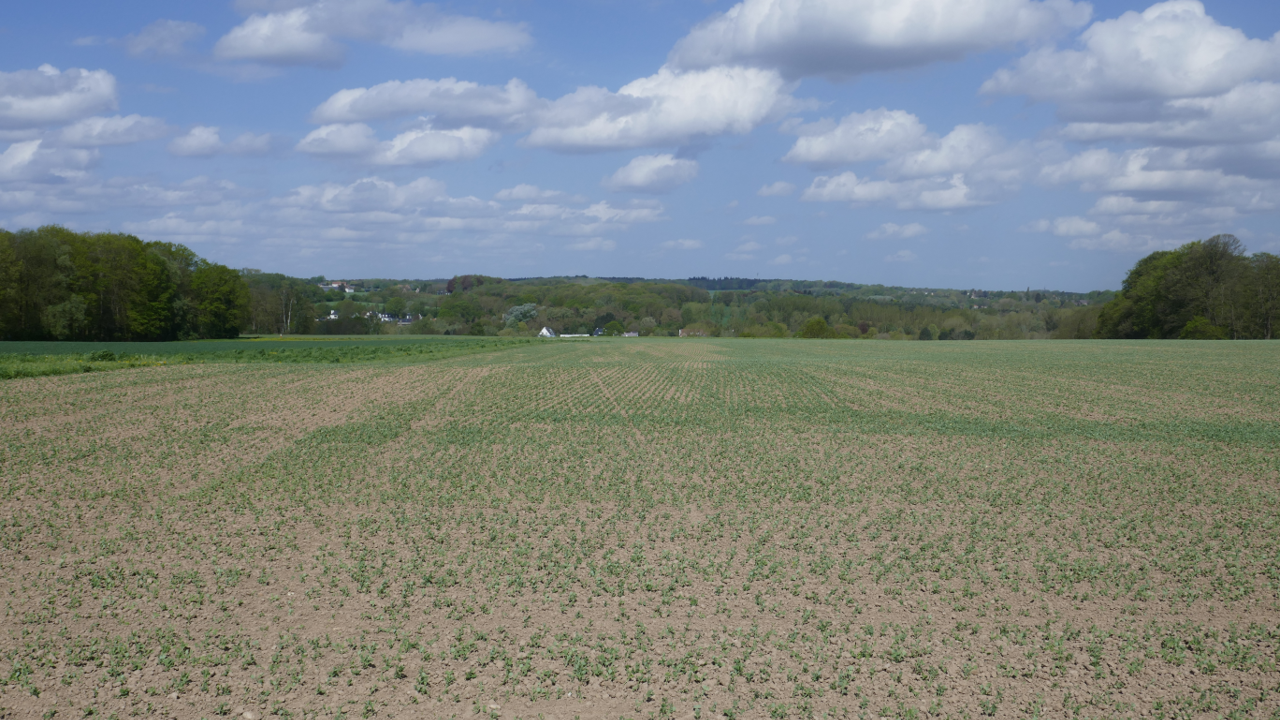 The 367 Battery positions were in the wooded areas to the left and the right of this open ground; this image is looking North-west in the direction of the German attack. 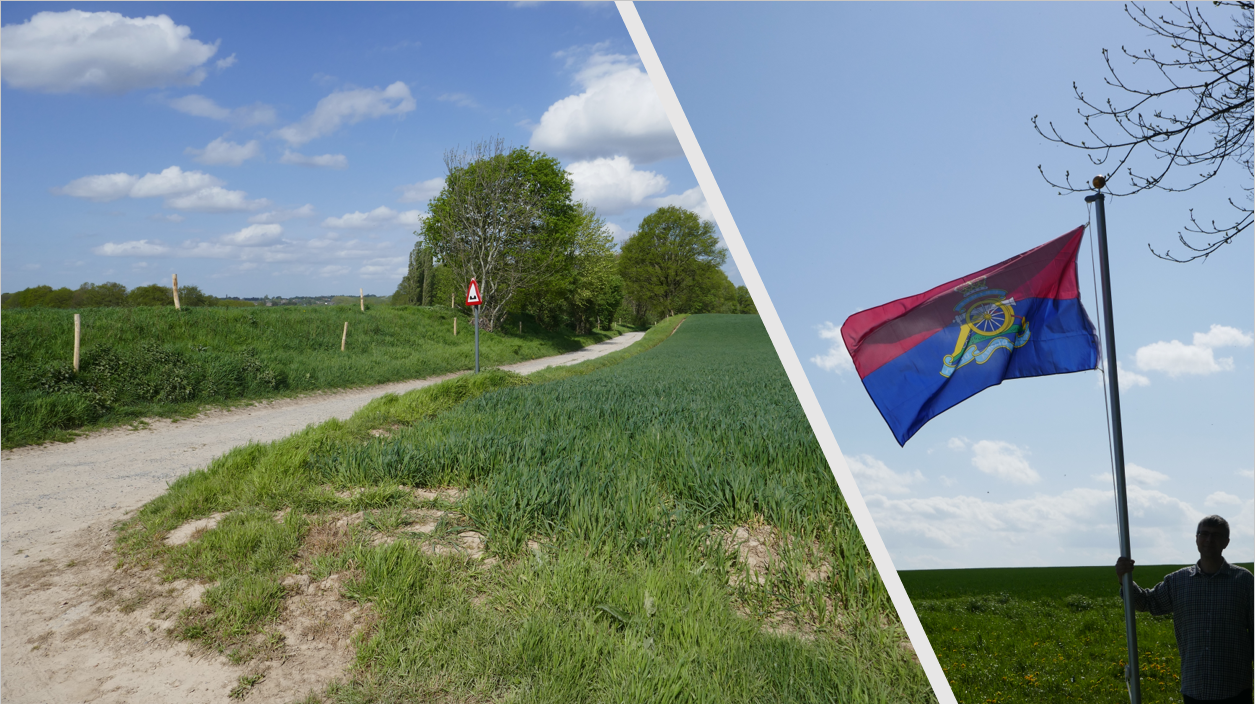 One 367 Battery position was behind this clump of trees, this image is also looking towards the North-West.