By the 13th May the Regiment was in position overlooking the village of Sint-Agathe-Rode.  There was some air activity but, in retrospect, we understand that the relative lack of resistance from the Luftwaffe is explained by the fact that the main German thrust was to the South via the Ardennes forest towards Sedan.  The German advance into Belgium in now understood to have been a sophisticated ‘feint’ operation sometimes referred to as ‘the Matadors cloak‘. 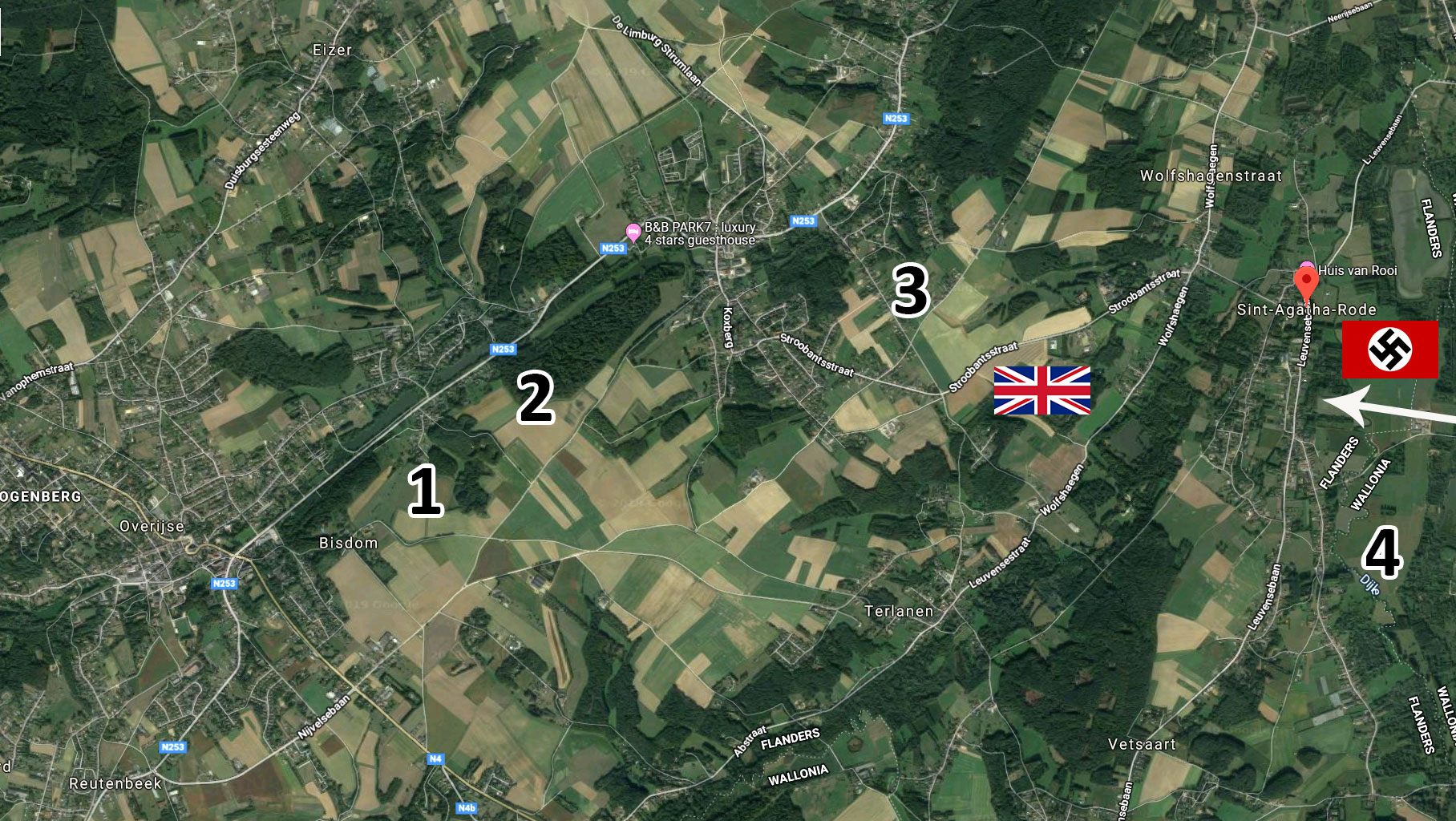