Norman Gibbs was born in 1917 and died in 2010 at the age of 93 years.  Before his death he had dictated his war memories which were then donated to the Bytom Museum in Poland, near to the site of his captivity in Silesia.

Although Gibbs was not an Artilleryman or in my father’s Regiment, the two men would have been very close during their POW years together at the E72 Arbeitskommando, where Gibbs worked as camp interpreter, a role my father took over from him in June 1944.  For this reason I feel Gibbs’ account is relevant to my father’s story, and probably the most powerful insight into conditions in his work camp and on the Long March.

Norman Gibbs gained a scholarship to St Dunstan’s College, Catford, where he studied until 1938. He became proficient in German, a skill that he would later be able to put to use during his five year captivity.

In January 1940, at the age of 22 years, he enlisted into the Queen’s Own Royal West Kent Regiment.  In April 1940, the Regiment joined the BEF in France, and on May 20th Norman Gibbs was injured and captured, with most of his battalion, by the advancing German Panzer army near the town of Doullens, France.

At the mine complex at E72 Beuthen [now Bytom, Poland] Gibbs volunteered for the role of camp interpreter, and he was able to maintain this difficult role, which involved daily liaison with the notorious Unter-Feldwebel Arthur Engelkircher (‘John the Bastard‘)  for four years.

In June 1944, and without being given an explanation, he was relieved of his post and transferred to E51, another mining camp.

My father, Eric West, who by this time had acquired self-taught fluency in German, took over Norman Gibbs’ role as the E72 interpreter until the camp was evacuated in January 1945.

On January 22nd 1945, Norman Gibbs set out on the Long March from E51 Klausberg and for the next three months was force-marched through Czechoslovakia and into Germany.  On May 1st 1945 he was liberated by the American army in Buchbach in Bavaria.

During his retirement, Norman Gibbs dictated his wartime diary.  At the same time he had made contact with George Hawkins, with whom he had spent his captivity at the E72 camp, and having suppressed his memories until then, felt finally able to send off for his medals from the British war office.

The diary manuscript was typed by his wife Elizabeth and was in his family’s hands until after his death, when it was donated to the Upper Silesian Museum at Bytom, Poland.  The Museum is near to the site of the E72 Arbeitskommando and other mining work camps affiliated to Stalag VIIIB.

Gibbs and Hawkins were both interviewed for the 2011 BBC Documentary series ‘The Long March to Freedom‘ and an extended version of both interviews are available on the Imperial War museum website.

Sadly, in 2010 and soon after he had completed the diary, Gibbs died following complications of open heart surgery.

Norman Gibbs’ diary, together with transcripts of interviews with George Hawkins (Royal Sussex Regiment) and Frederick Linaker (Durham Light Infantry), have recently been published in a book by Dr Joanna Lusek, a historian based at the Upper Silesian Museum, as part of her research into the wartime history of  British POW’s in the Bytom area. 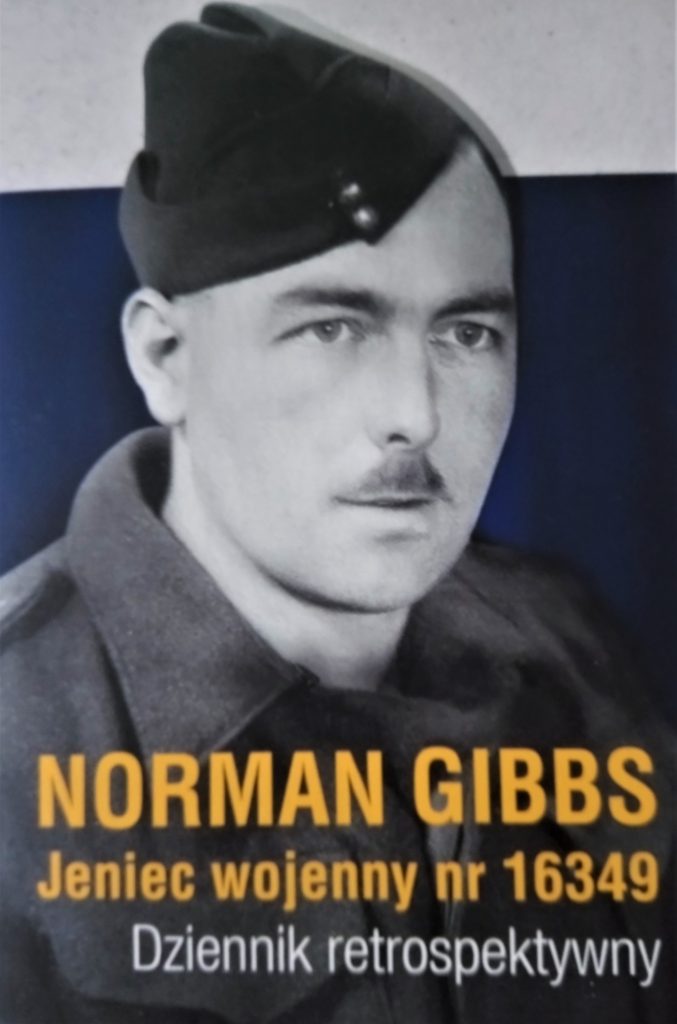