The pages that follow document the heroic defence of Cassel between 25th May- 30th May 1940 by Brigadier Nigel Somerset’s 145 Brigade, an ad-hoc mixture of regular British Army troops and Territorials, named ‘Somerforce‘,  which included 367 Battery of the 140th Field Regiment.

Mount Cassel was particularly important for reaching Dunkirk.  In effect, when using the main roads from Lille the only practical route to Dunkirk passed through the centre of the town, perched at the top of the hill.  Its defence therefore was to be of prime importance for Operation Dynamo to succeed. 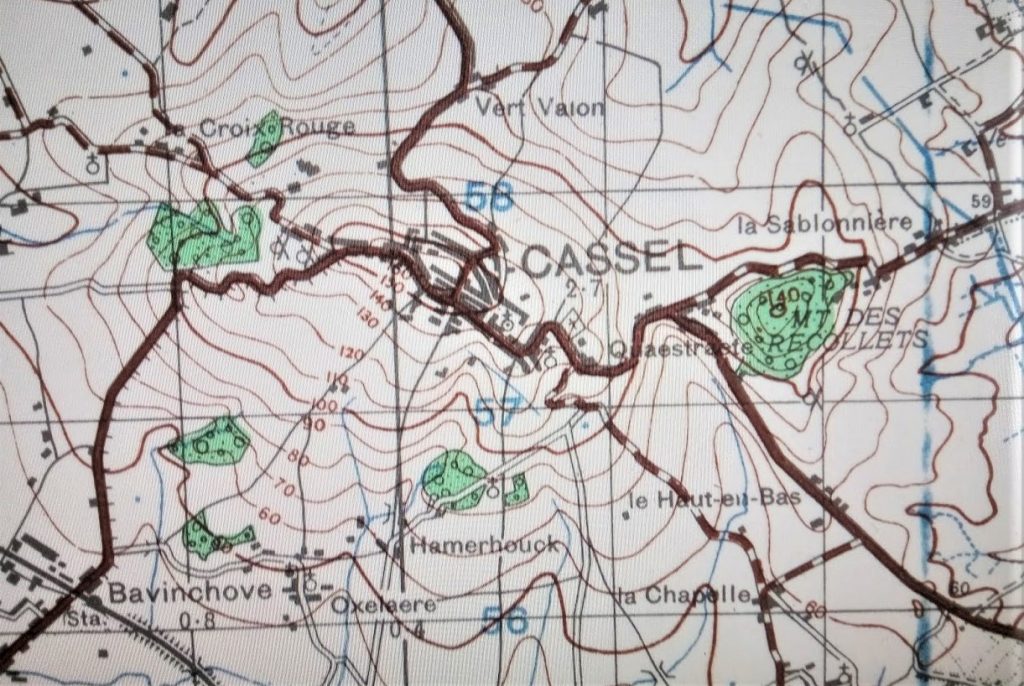 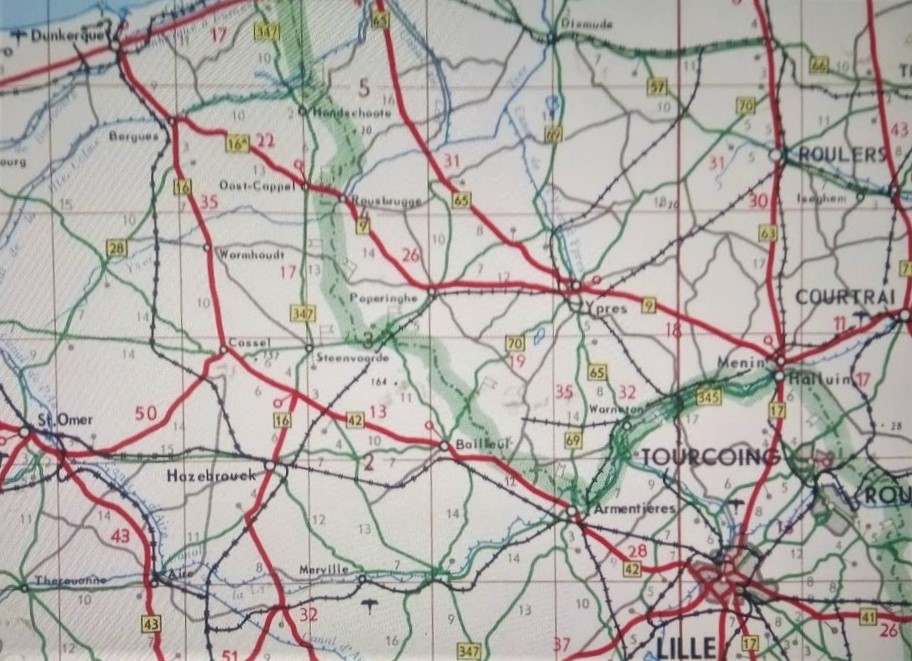 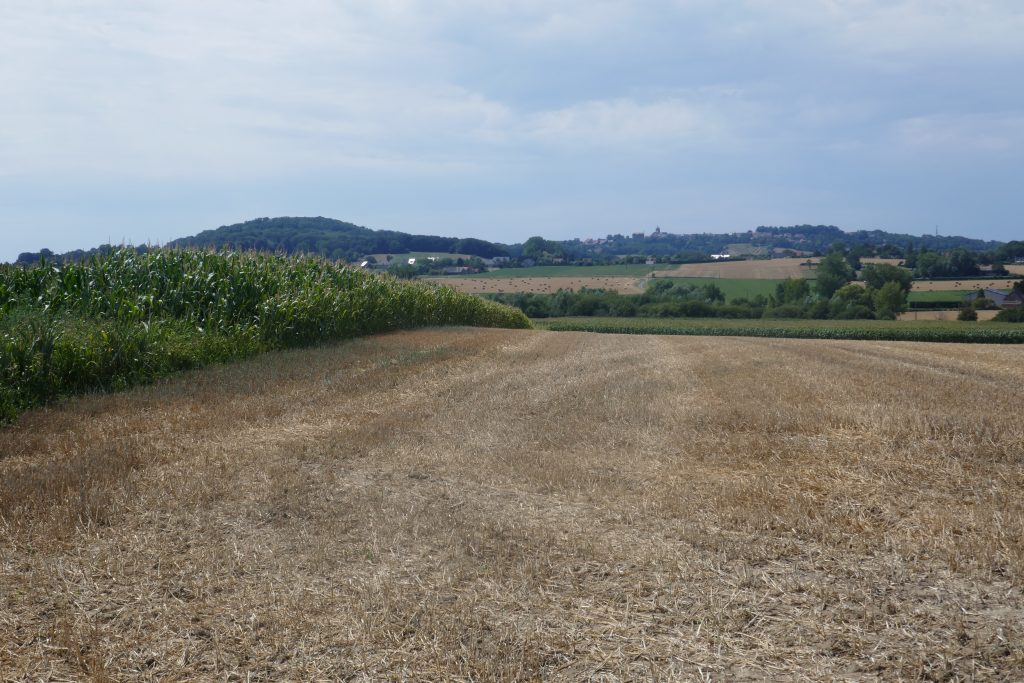 To some extent the British sacrifice at Cassel in 1940 has parallels with the 1836 Battle of the Alamo between Mexican invaders and Texan forces trapped within the Alamo mission.  After repelling two attacks, the vastly outnumbered Texan defenders were unable to fend off the third attack. As Mexican soldiers scaled the walls, most of the Texan fighters withdrew into interior buildings where the majority were slain by Mexican cavalry as they attempted to escape.

One hundred and four years later, on the evening of the 29th May 1940, at the end of four days of continuous fighting and having failed to quieten the British guns, the Germans decided against continuing their full frontal attacks on Cassel.  They decided to bypass the town, having lost considerable numbers of personnel and tanks.

The unanswered question is whether the consequent delay inflicted by the ‘Somerforce‘ on the German advance to Dunkirk was decisive in allowing the successful evacuation of the BEF. 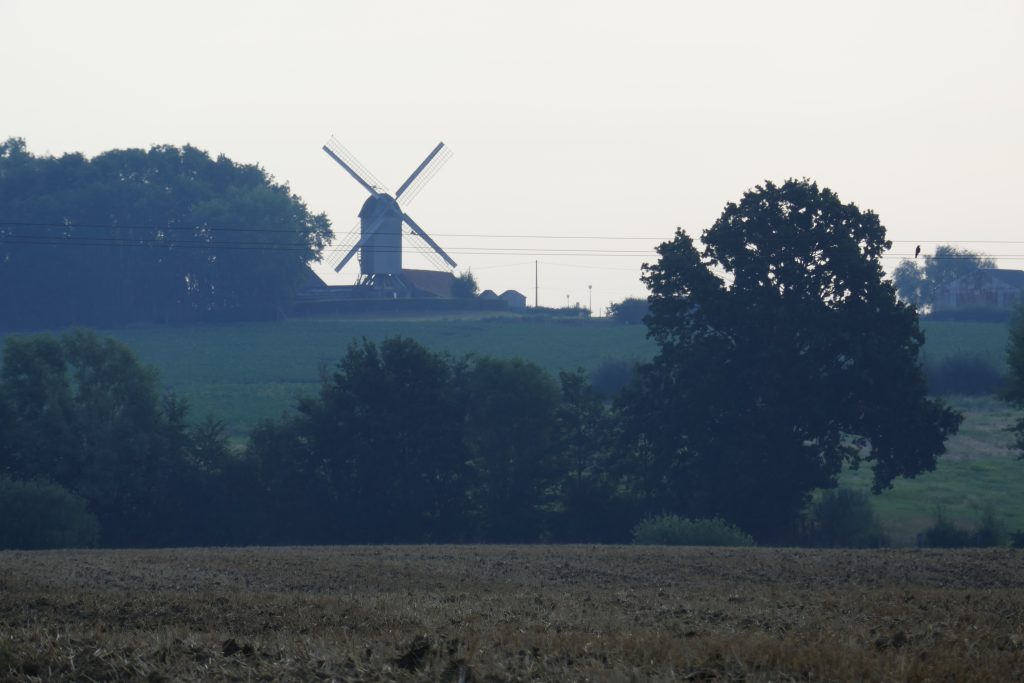 The Flanders landscape near Cassel

During the ‘Phoney war‘ of September 1939 – May 1940, French, British Empire Colonial troops and British soldiers were variously posted at Cassel.  Some defensive works along the ‘Gort’ line were built, including the part-completed bunker at Le Pequel.  The highlight of that period of inactivity seems to have been a German aeroplane that was shot down on 2nd November 1939 near Caestre, a few miles South of Cassel.  It was a Focke-Wulf 189 reconnaissance plane and its occupants were taken prisoner and deported to England.

After the German invasion of neutral Belgium, from 12th May 1940, the first Belgian refugees filed into Cassel, en-route for Rouen or Le Havre.  Camille Taccoen was the Cassel school headmaster in 1940 and Jacques Messiant recovered his testimony before he died. Taccoen opened his school and home for some of these refugees, including a wealthy diamond dealer’s family from the Antwerp area.  After the first German bombardments of Cassel the family left Cassel to head for Wormhout to seek refuge with Mr Taccoen’s parents who had a farm in open country.

At the Chateau Masson, later to become temporary HQ for 140th Regiment at Cassel, Madame Clothilde Masson, then a 14 year-old schoolgirl, recalls ‘a sky black with bombers and fighters’ flying over Cassel to reach Dunkirk.  From Cassel she recalls the artillery shots getting closer and fires were visible from far away.

In advance of the ground invasion of France, Cassel was heavily bombed by the Luftwaffe. The Town Hall, typical of the Flemish renaissance, was destroyed, as were the adjacent buildings and the roads behind. One bomb fell on the school roof but fortunately the children were not there.  The numerous cellars in Cassel had also provided a refuge for civilians. Among the dead from these initial air raids were twenty Belgian refugees in a lorry.

As the BEF’s position in France deteriorated during mid-May 1940, Cassel was first defended by a small force commanded by Brigadier Noel Mason-Macfarlane (who had been Britain’s military attaché in Berlin pre-war).  The first significant German land attacks took place from May 25th 1940 onward, by which time the 140 Regiment, under the command of Brigadier Nigel Somerset’s 145 Brigade, had established the BEF’s final defensive line.