A tiny number of 367 Battery at Cassel managed to escape to Dunkirk (five Battery members, only three of whom survived the war).

One further member of  367 Battery (Gunner William Martin) managed to escape from captivity at Cassel, but sadly, he did not survive the war. 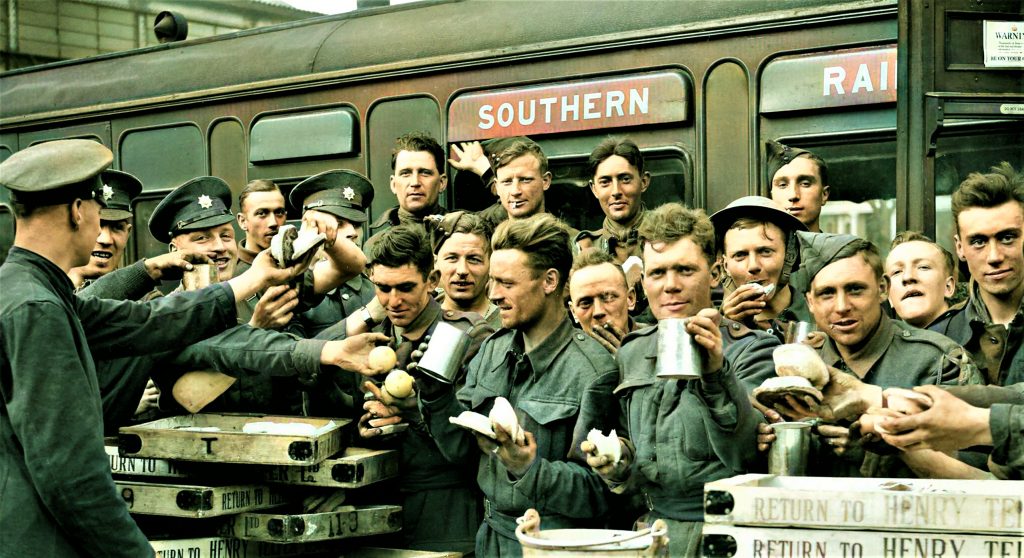 Lt. Jack Carrington May was related to the founder of the Bryant & May match company.  In 1940, Lt. May was the Gun Position Officer of ‘F’ troop, 367 Battery.  He was wounded in the action at Chateau Masson, Cassel on 27th May 1940, where ‘F’ Troop was engaged in an exchange of short-range gunfire with Panzer tanks attempting to force a gap between Cassel and the Mont des Recollets. 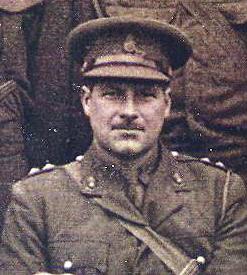 Lt. May was evacuated from Cassel just before it was surrounded.  Unfortunately he received further injuries from an air attack on the Royal Navy vessel which had evacuated him from Dunkirk.

Lt. Jack May died of these injuries on 26th June 1940 and is buried at the Commonwealth War Grave part of Bromley Hill Cemetery, Kent.

Lt. Roderick (‘Roddy‘) Hawes was born in 1905 in Chislehurst, Kent and was educated at Eton and Trinity College Oxford.  He had joined the Territorial Army in 1937 while working as a broker at Lloyds of London. 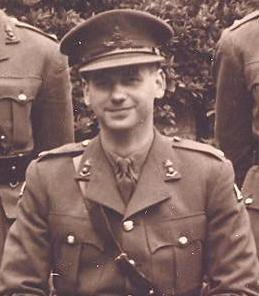 In 1940 Hawes, aged 35 years, was attached to 367 Battery as a Transport Officer.  There are no accounts of his escape from Cassel; his role as Transport Officer may have meant that he was away from the front line at the time of the Breakout.  In ‘Grand Party‘ Lt. Col. Brooks described Lt. Hawes as the only 367 Battery officer to have safely returned, described him as ‘imperturbable’ and  instrumental in helping him rebuild the Regiment post-Dunkirk. Hawes was to later re-form 367 Battery.

Roddy Hawes had a distinguished military and post-war career.  In 1944 he was promoted to Lt. Colonel and commanded 216 Civil Affairs Detachment.

In 1945 Hawes was awarded the French Croix de Guerre in recognition of his bravery at Normandy in 1944. His nomination reads: ‘…from 17-19 August 1944 he waited with the forward troops during the battle round THIRY HARCOURT, so that he might enter the town and assist the civil population at the earliest opportunity. He went in with the leading reconnaissance units and gave immediate assistance to the remaining civilians, two of whom were wounded. He repeated similar courageous performances on many other occasions. His work has been outstanding and a splendid example to all ranks‘.

Post-war, Hawes returned to the insurance industry and became Chairman of the Lloyds Insurance Brokers Association in 1964 and Chairman of Price, Forbes & Co, a company that exists to this day.  He was Chairman of the Royal Humane Society between 1966 and 1977.

Gunner Ernest Henry Bradbury was in ‘F’ Troop, 367 Battery and, as documented in the ‘Breakout‘ page, recalls being ‘shelled in woods’, which I assume to have been Bois de Acaire, before escaping to Dunkirk. 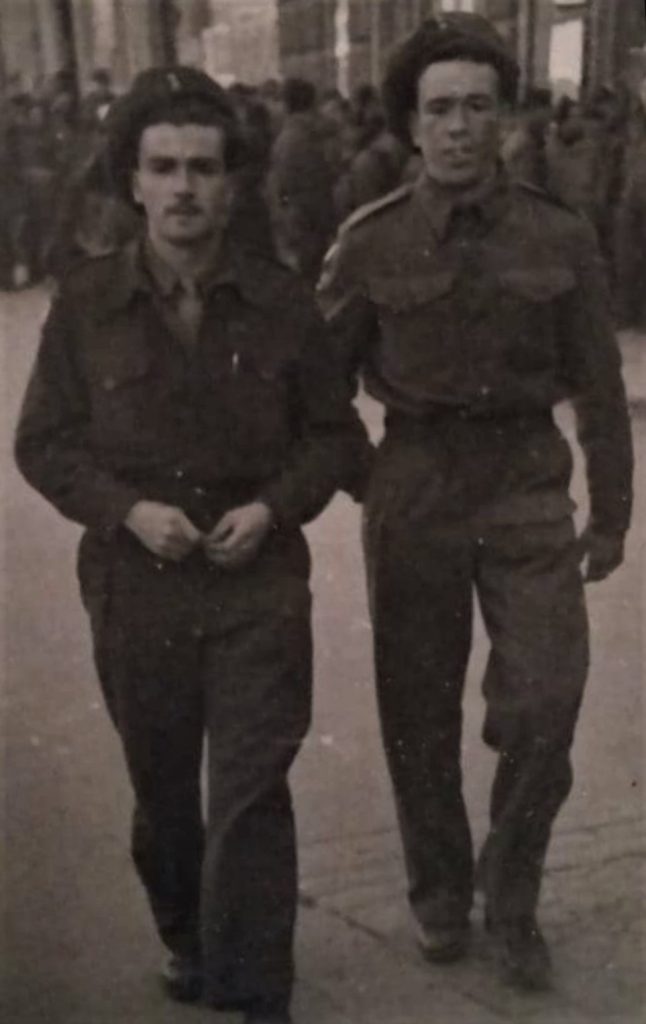 Gunner Ernest Bradbury (on left of image) after Dunkirk 1940. With thanks John Bradbury

After Dunkirk, in 1943 Bradbury served with 367 Battery in Algeria and Tunisia and then served in Italy with the 75th Heavy Artillery Regiment. In 1944, Bradbury advanced with the Regiment to  Monte Cassino and Florence. He recalled Cassino was the worst place he had experienced due to the smell of death.

Sergeant Alfred Sheppard, 367 Battery, was in the Cassel Breakout on 30th May 1940.  He recalled how he ‘hid in woods’ and with two others got to the coast, where he hid in the basement of a house.  At nightfall the two of them crept to the beach carrying a one-person collapsible canoe that they’d found in the basement.  They paddled into the English Channel, after the Dunkirk evacuation was over, and were picked up by a fishing boat. 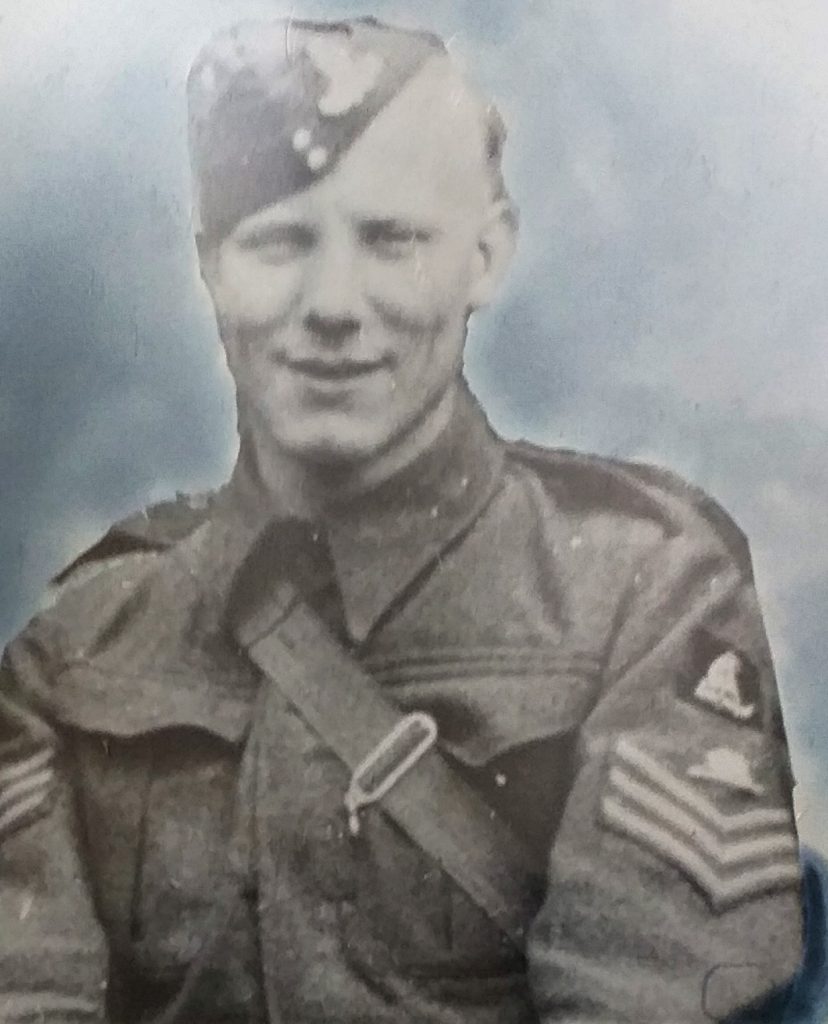 A month later, in June 1940, he was married while serving with the Regiment in Worksop.

He continued to serve with 367 Battery’s replacement (504 battery) in North Africa, then moved to Italy as Regimental Sergeant Major with 75th Heavy Artillery.  Here he was shot in the hand losing three fingers, and then lost a big toe while in a first aid tent, either at Monte Cassino or at the battles at Florence and Marradi.

Sgt. Ernest Harcombe was a pre-war TA soldier. In 1940 he was one of the four Gun Sergeants (No 1) in ‘F’ Troop of 367 Battery. He was wounded on 28th May during the Cassel fighting and evacuated from Cassel before it was surrounded presumably by using a route similar to Lt. Jack May.

Back in England, after recovery, he rejoined 140th Regiment and was posted to 504 Battery in Tunisia; by this time he had been promoted to Warrant Officer Class II and was Battery Sergeant Major.

On 26th February 1943 a group of soldiers of 504 Battery were at the Battery Command Post priming hand grenades.  This involved the delicate operation of inserting the detonator mechanism into the grenade body. Something went wrong and a grenade exploded killing Harcombe outright and wounding eight others. 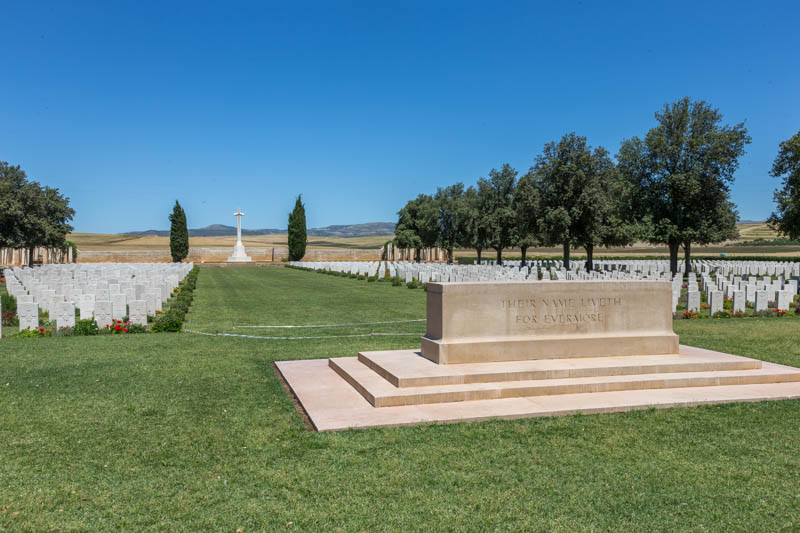 B.S.M. Ernest Harcombe was 28 years of age and is buried in the Medjez-el-Bab Cemetery in Tunisia.

William John Martin was born in 1918 in the village of Loddiswell, Devon where he was known as ‘John’ and worked as a butcher.  Gunner Martin served in 367 Battery, 140th Field Regiment during 1939-40 as Driver to Major E.A. Milton.

He was captured with Major Milton during the Breakout from Cassel on 30th May 1940, his small group having been surrounded by German tanks (see Breakout Pt 1) 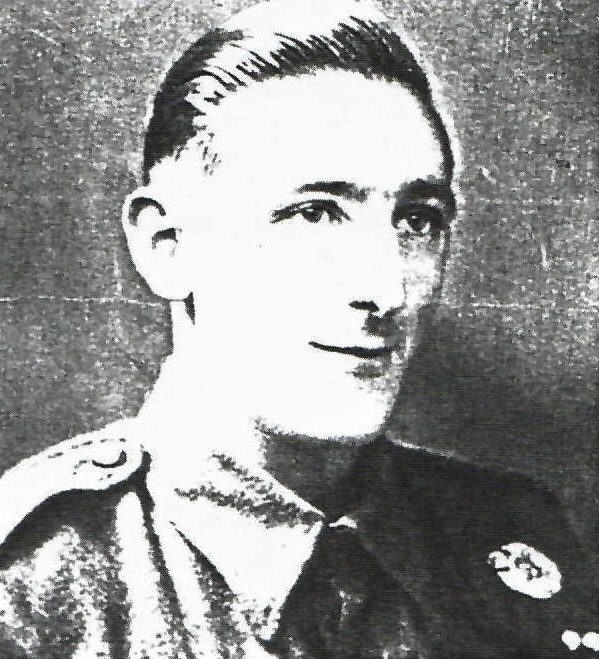 After capture, he was marched in a POW column through Doullens, St Pol and Cambrai.  At Cambrai the POWs were put on a train, from which he escaped while stationary at the French border at Hirson.  Martin put on civilian clothes but two days later was re-captured.  He was handed on to the French authorities, having masqueraded as an escaped prisoner, and was detained in a camp with 300 other Frenchmen.

Five weeks later, Martin managed to escape for a second time. He was recaptured and taken to Epernay, from where three weeks later, he escaped for a third time.

Martin then reached Marseilles and was re-arrested by the French authorities, but after ten days managed to escape again, living on stolen fruit.  He smuggled himself on board a boat bound for Oran in Vichy French-controlled Algeria.

In Oran, Gunner Martin was again arrested and imprisoned (for a 5th time) but managed yet another escape, this time onto a boat to Casablanca.  There he contacted the American Consul who assisted him onto a Portuguese boat bound for the Strait of Gibraltar.  From there, Martin boarded a Royal Naval vessel and arrived back in England on 14th December 1940.

William Martin reported back to the 140th Regiment’s Woolwich Depot in December 1940 and, after a recommendation by Lt Col Brooks, was awarded the Distinguished Conduct Medal for his bravery and initiative in March 1941.

After his DCM award, it appears that Martin transferred to the 50th Mechanical Equipment Company, Royal Engineers.

His new Regiment was involved in the D-Day landings and, sadly, on the 8th June 1944, he was killed on the Sword beach in Normandy, at the age of 26 years. 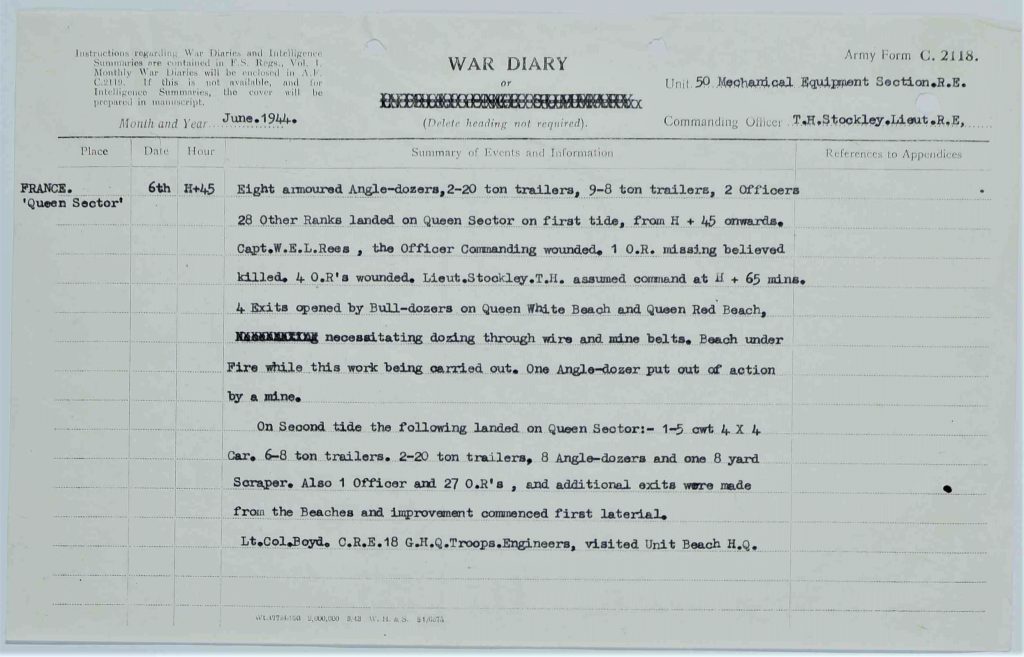 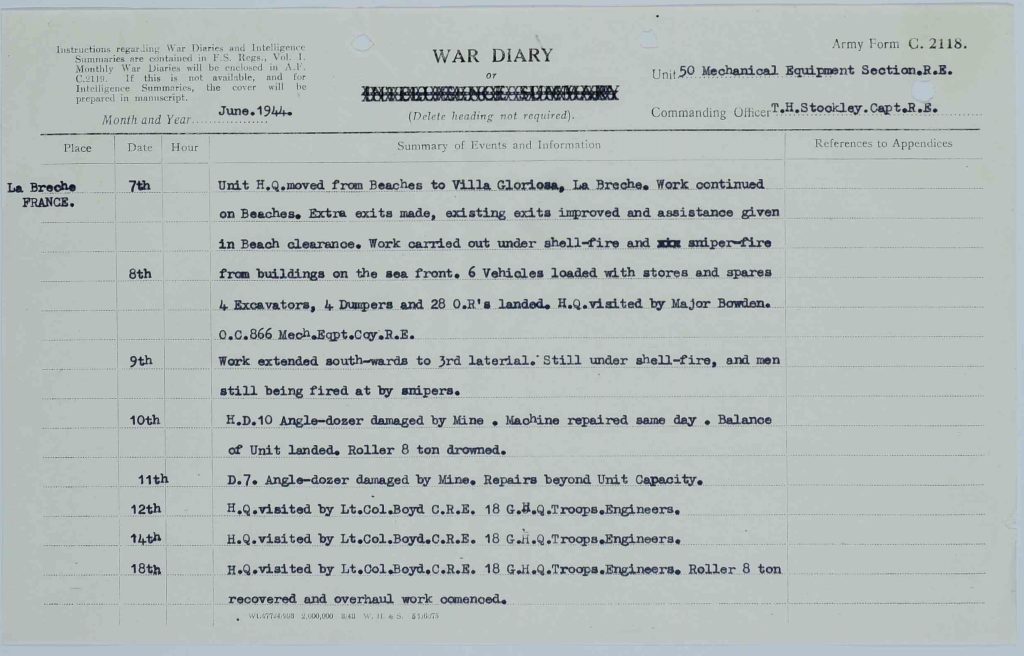 War Diary of the 30 Mechanical Equipment Section RE detailing their arrival on ‘Queen sector’ of Sword Beach on the 1st and 2nd tides of 6th June 1944. Martin was one of the ‘OR’ (ordinary ranks) wounded on 6-8th June 1944. 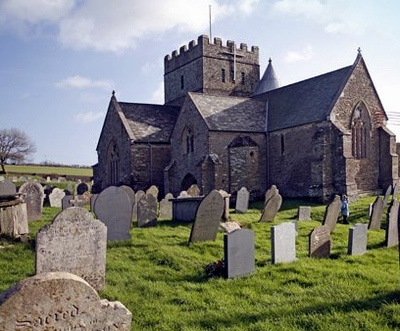 Driver William Martin DCM is buried in a Commonwealth War Grave at St Andrews Churchyard, Aveton-Gifford, near to his home in Devon. 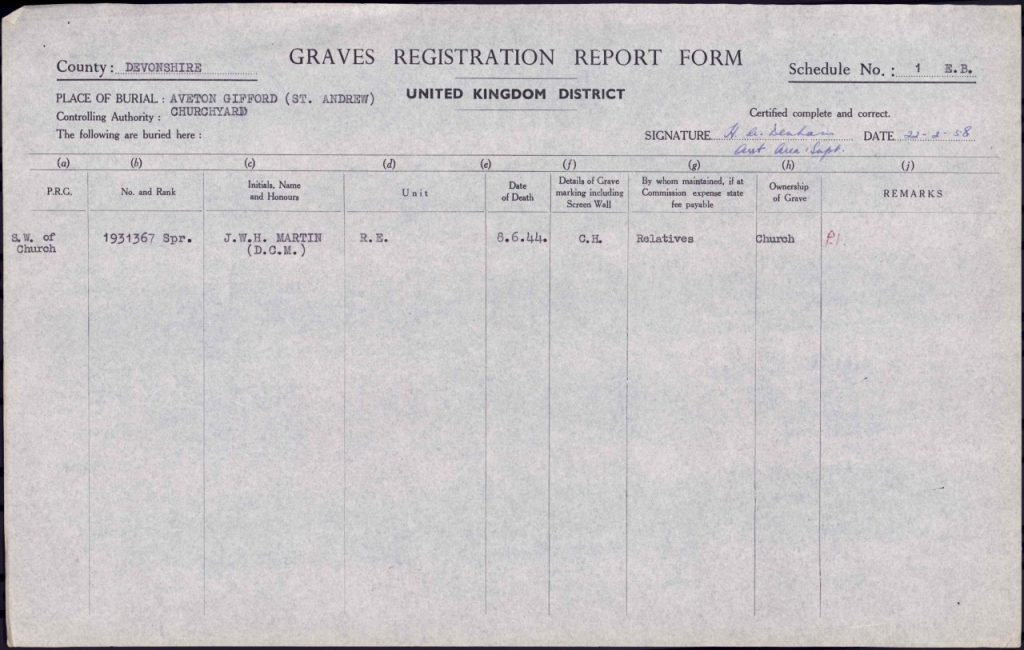