Using the War Diary and other accounts, I recreated a ‘Cassel Breakout Walk’ in 2019.  Although it isn’t possible to walk directly over farmland, the flat landscape gives a good impression of the features that the Somerforce soldiers would have used to dead-reckon their way towards the Dunkirk beaches.

I used the newly-created Flemish gardens at the Jardin du Mont des Recollets, close to one of 367 Battery’s Northern gun positions, as a starting point. The East Riding Yeomanry’s war diary suggest that in 1940 this site was used as a camouflaged Tank and Bren gun carrier parking site. 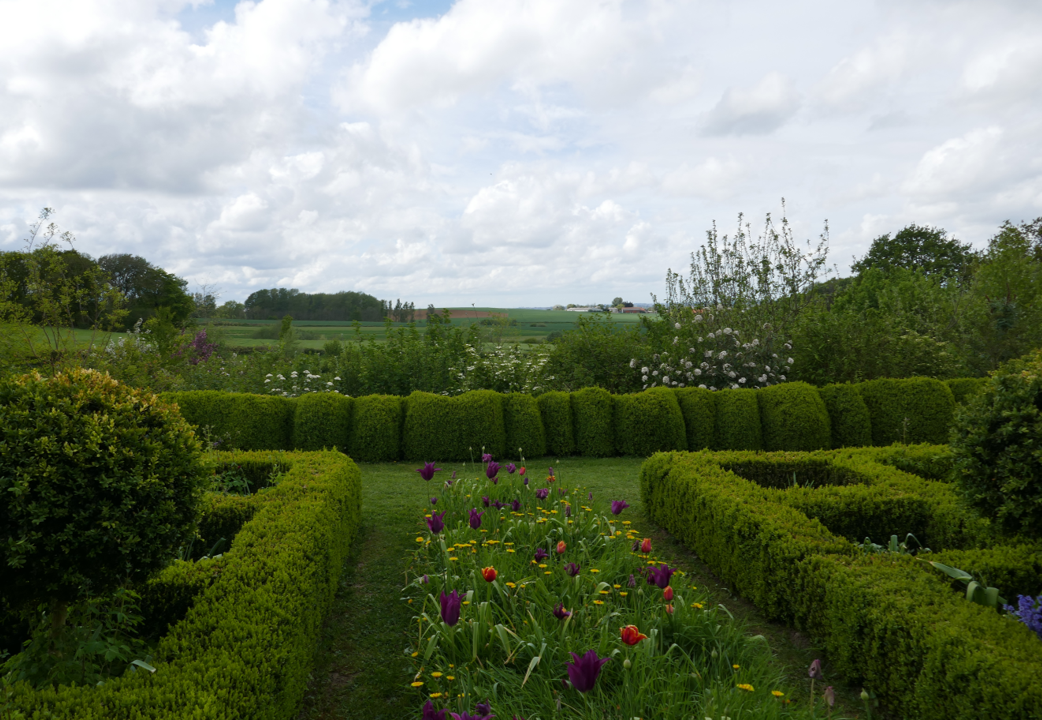 A lot of accounts seem to exaggerate the distances, for example Watou is described as being ‘20 miles from Cassel’ when in reality it is less than 10 miles.  I think this reflects the difficulty they had in negotiating farmland in the dark without adequate maps while being pursued by hostile enemy fire. 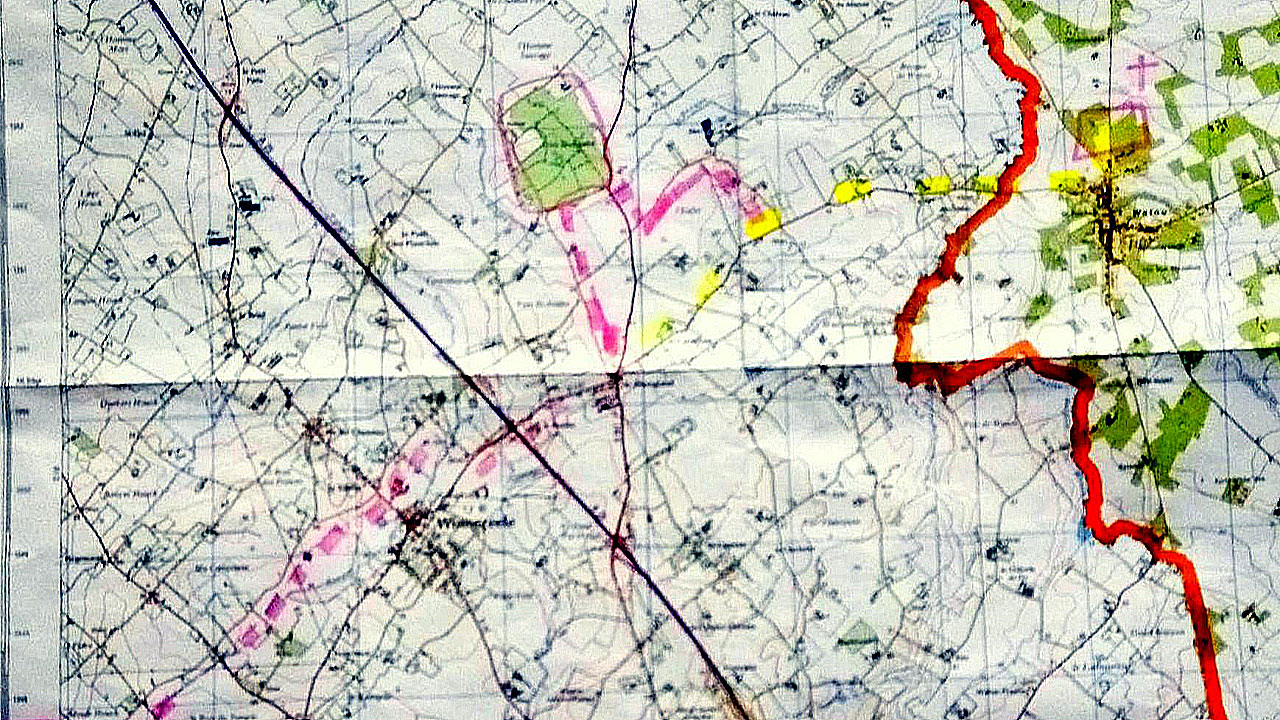 Large-scale map showing the route, crossing to the North of Winnezeele, the diversion into Bois St Acaire and arrival at the temporary burial ground in Watou. A total distance of about 10 miles. 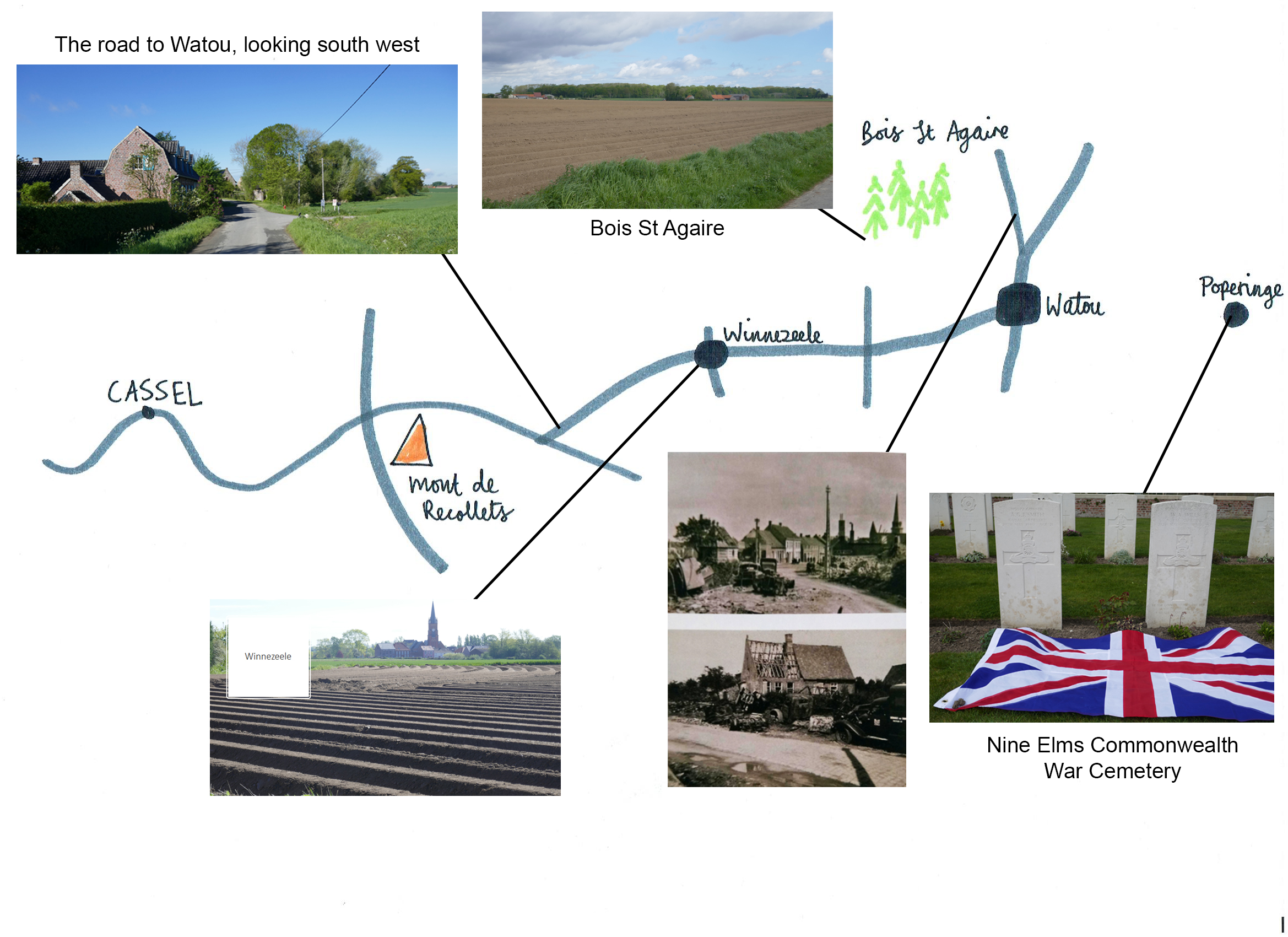 Sketch map of the breakout route from Cassel

An obvious plume of flames and black smoke from Dunkirk town would have been visible on their horizon to their left as the columns of soldiers advanced cross-country through the Flanders plain towards the Belgian border.   The two mounds of Cassel and the Mont des Recollects would have been visible behind the men as the only high ground between them and the sea. 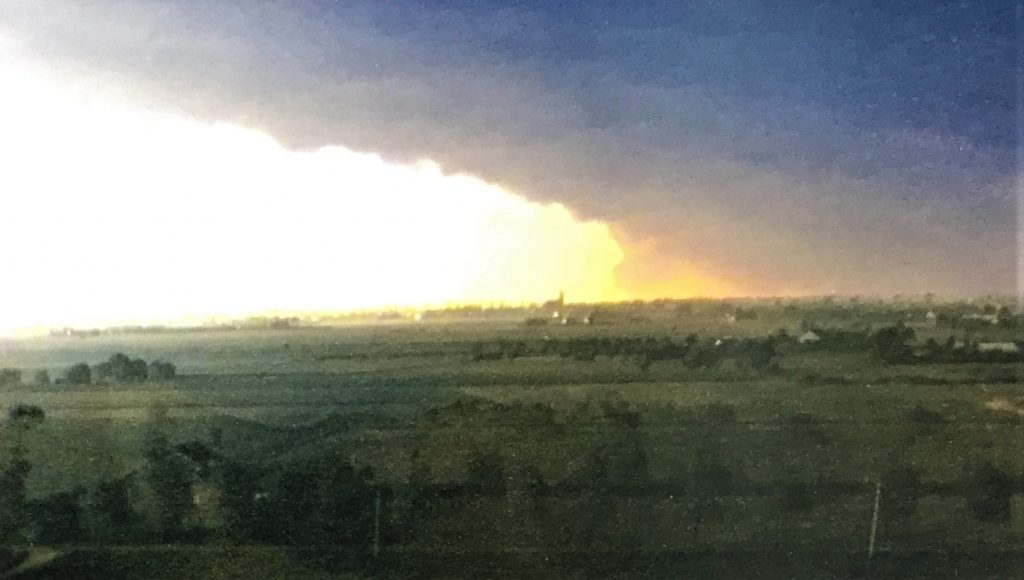 Looking North towards the Dunkirk fires in 1940 (colourised image)

There are roadside ditches and hedgerows which would have provided some cover in darkness, and scattered farm buildings that would also have offered temporary shelter.  At the point Winnezeele comes into view, with its obvious church spire, the organised columns of men would have broken down into smaller individual groups dodging German fire.

The village of Winnezeele makes the point where the Breakout encountered the first significant German attack. It has an attractive church and within the churchyard is the Commonwealth War Grave Commission Cemetery that has several casualties from the Breakout, many of whom are unidentified.

One of the most atmospheric parts of this walk is the track that runs through the Bois St Acaire; this gives an impression of being unchanged in the 80 years since it was the scene of mass casualties and surrender after German shelling.

Once the Belgian border is crossed, the town of Watou becomes visible.  It is here that the majority of Somerforce and, presumably, the 140th Regiment encountered the most heavy German resistance and where most were herded into captivity.  Townsfolk of Watou remember the British POW’s being assembled by German forces in the town square before being force-marched South in the direction of Lille. 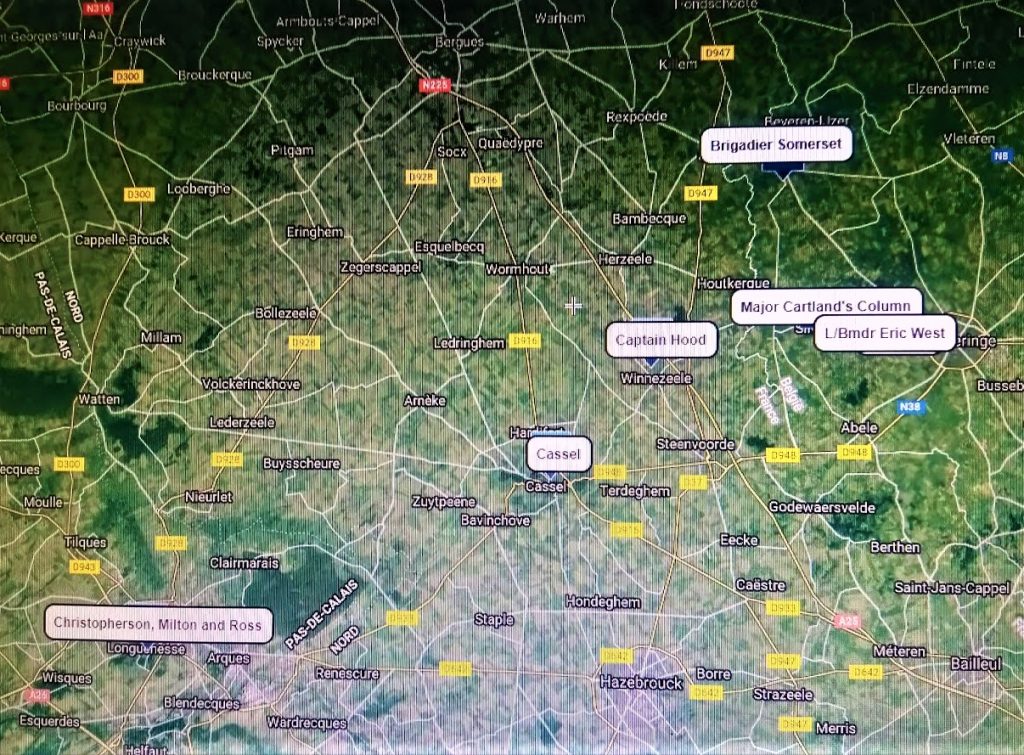 A massacre in the making?

As the POWs were assembled in the town square, they noticed German machine gun nests had been set up  around the circumference of the square. The news about the nearby Wormhout, Le Paradis and other massacres had filtered through to some.  Captain Ronald Baxter, and other accounts, recall the fear the men had that they may be mown down by machine gun fire as they stood.  Some accounts express the collective relief they felt as they were eventually marched out of the square with no shots being fired. 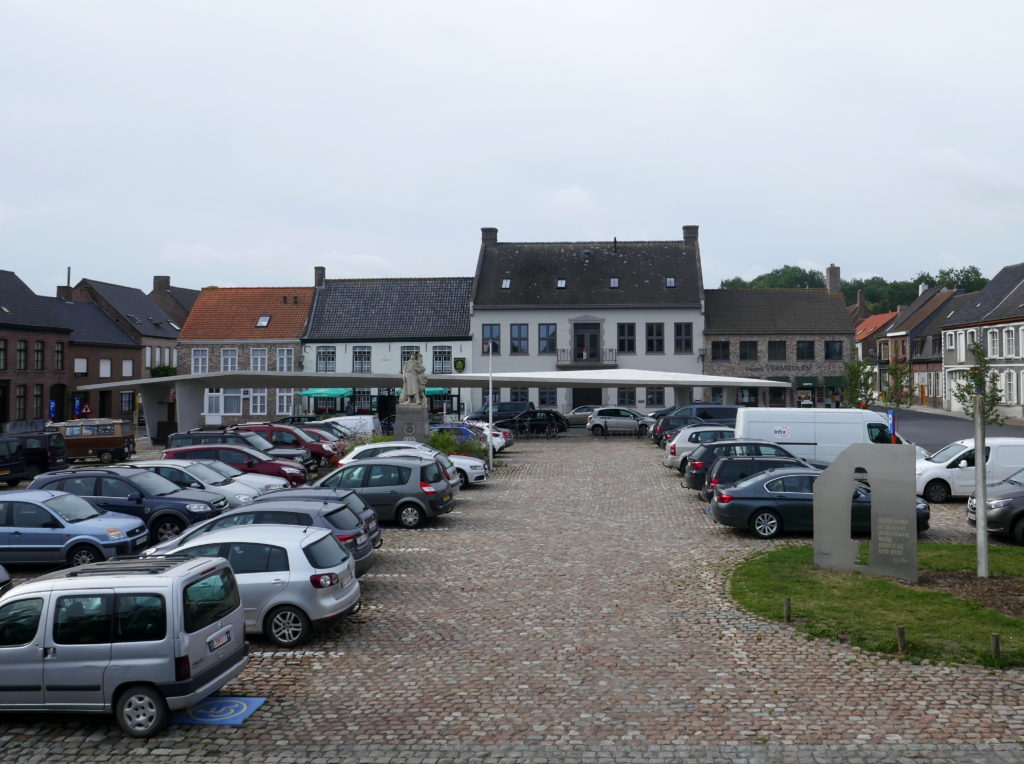 Watou Town square in 2019, where many of the Cassel garrison soldiers were congregated by German forces before being force-marched into captivity.  Note the Great War memorial in the background 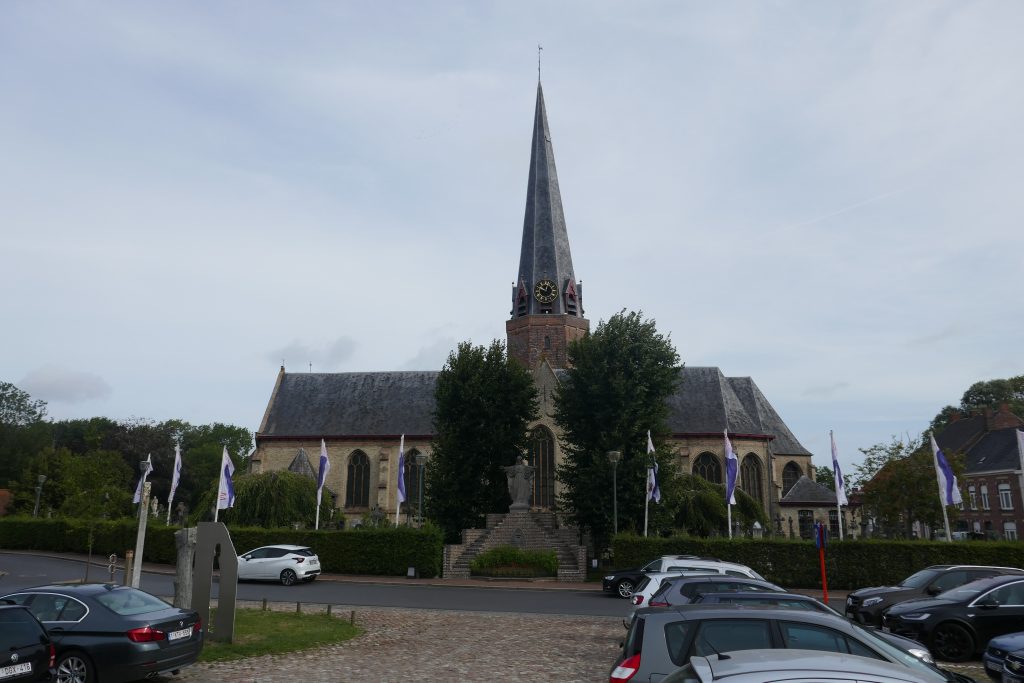 Watou Church; some of the POWs were herded inside the church under armed guard on 30th May 1940 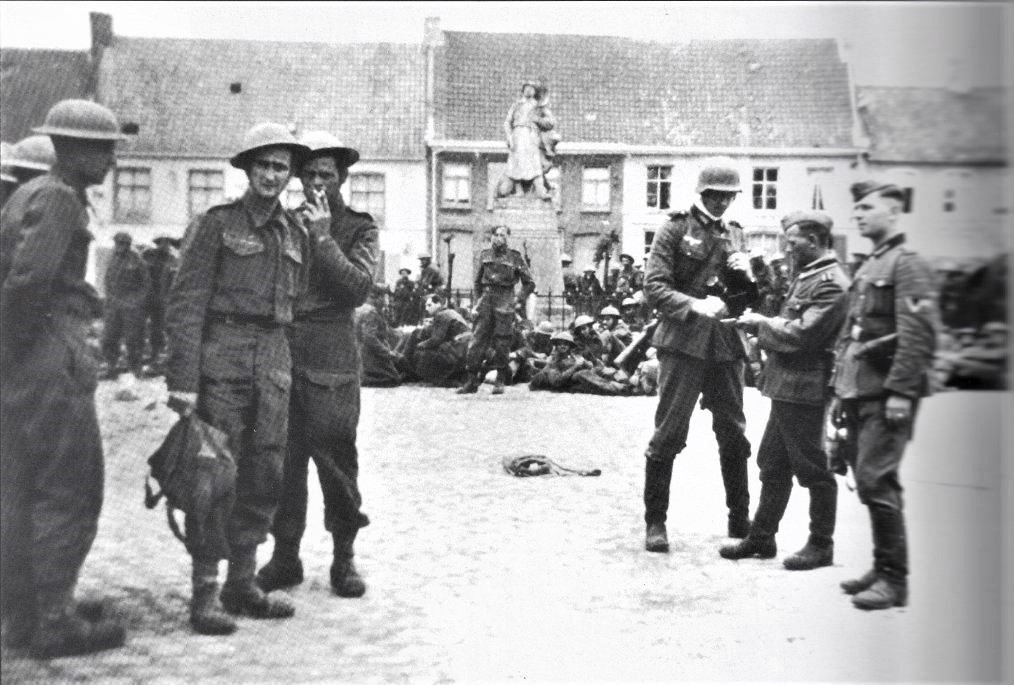 Watou Town Square May 1940, with the same Great War Memorial visible. With thanks to Richard Payne.

The Temporary Burial ground is adjacent to the D17 Dunkirk road about 200 yards to the North of Watou. 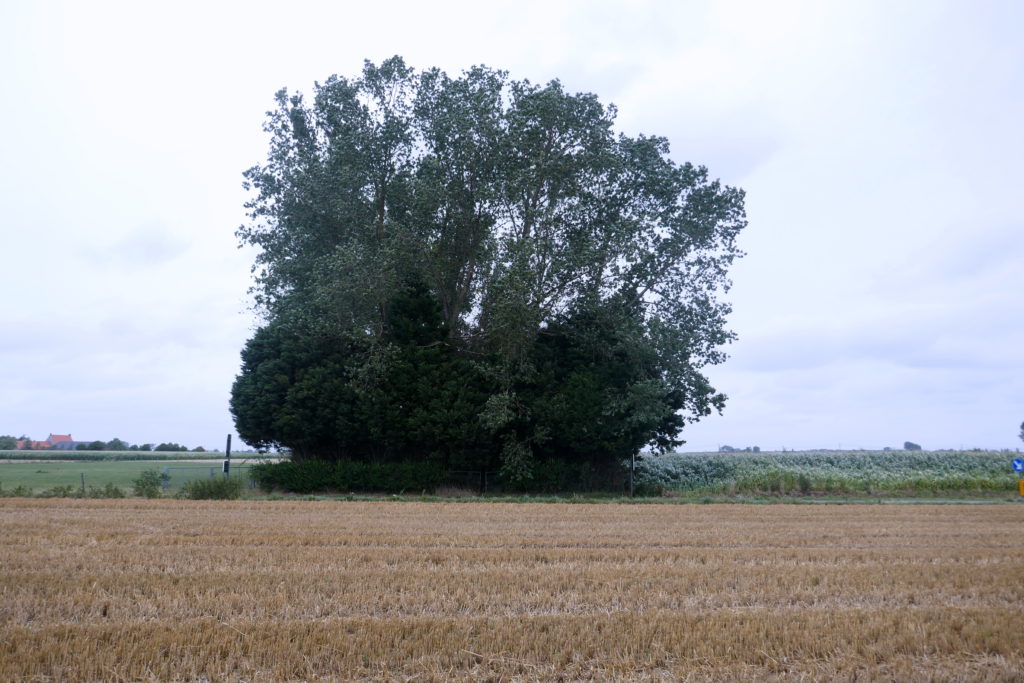 Temporary burial ground, seen from fields to the West. Watou 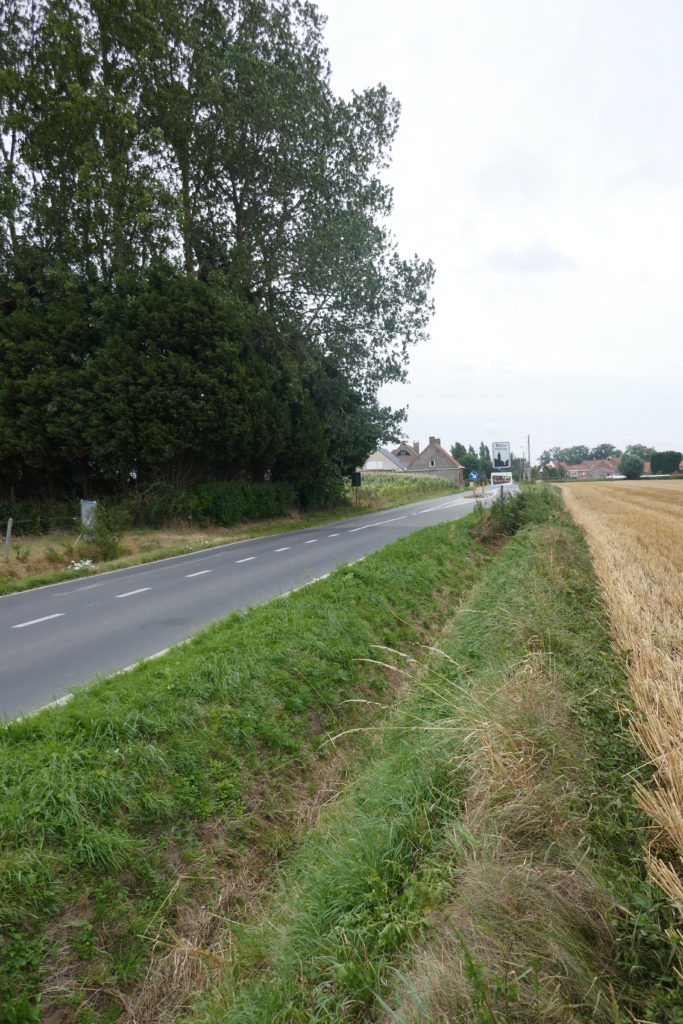 Roadside ditch alongside the burial ground on the Houtkerkestraat towards Watou

The Route in Photographs 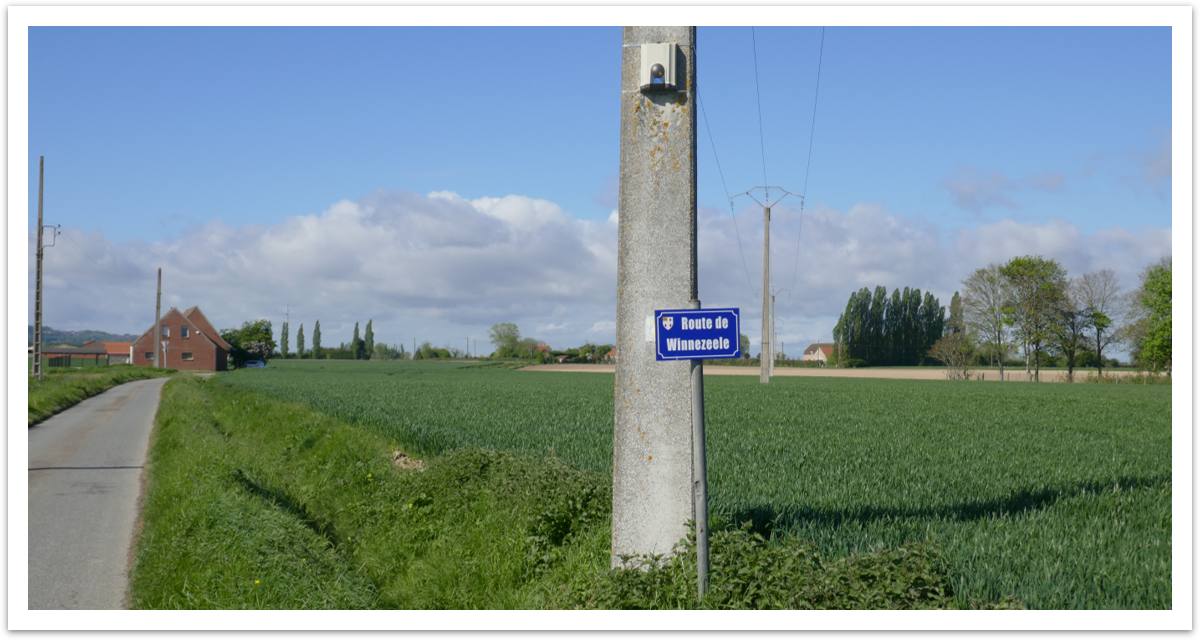 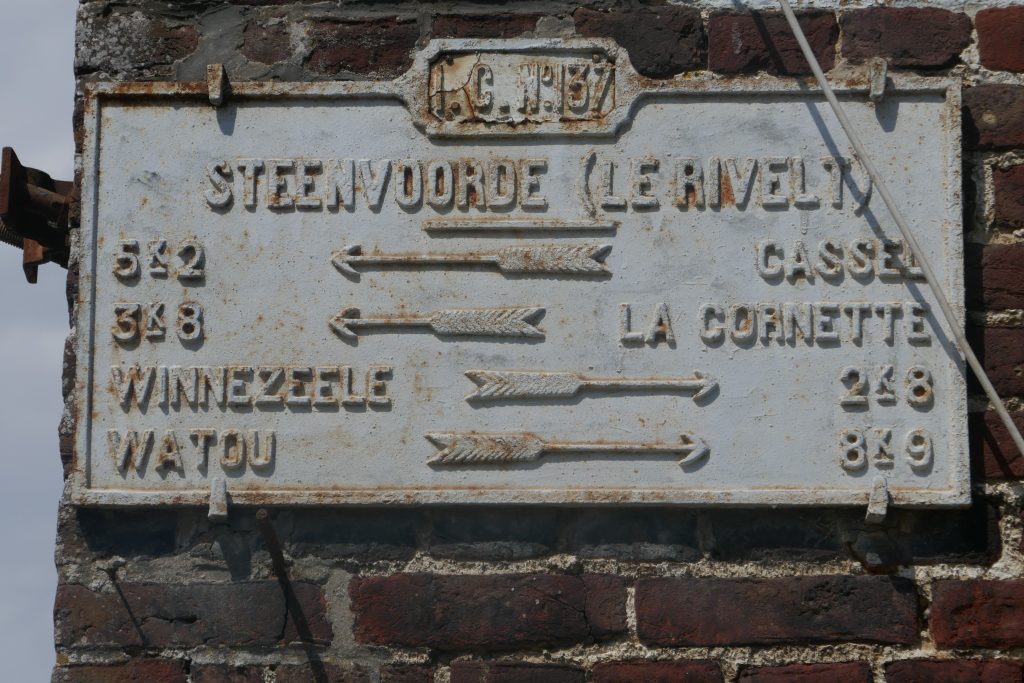 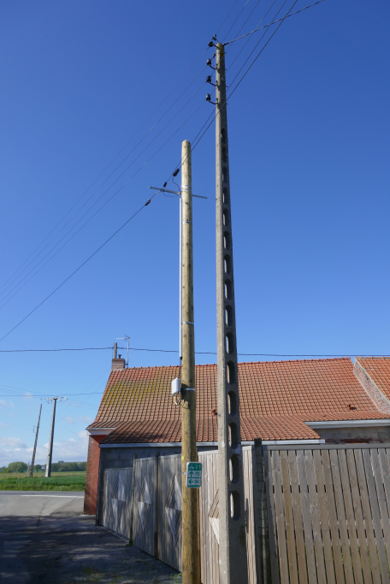 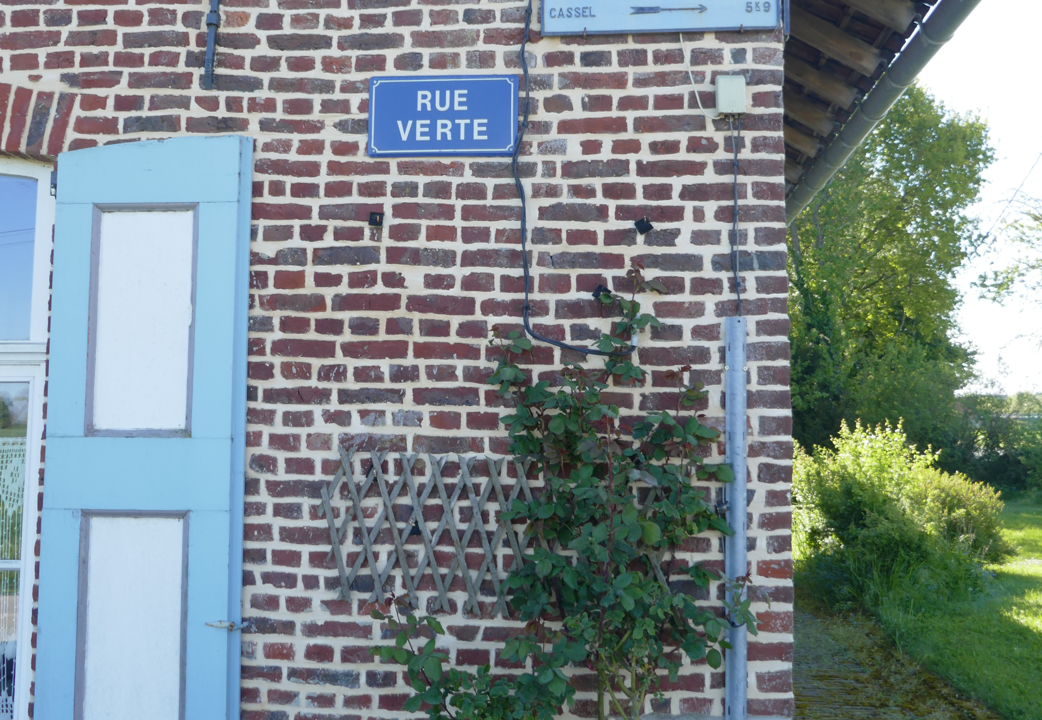 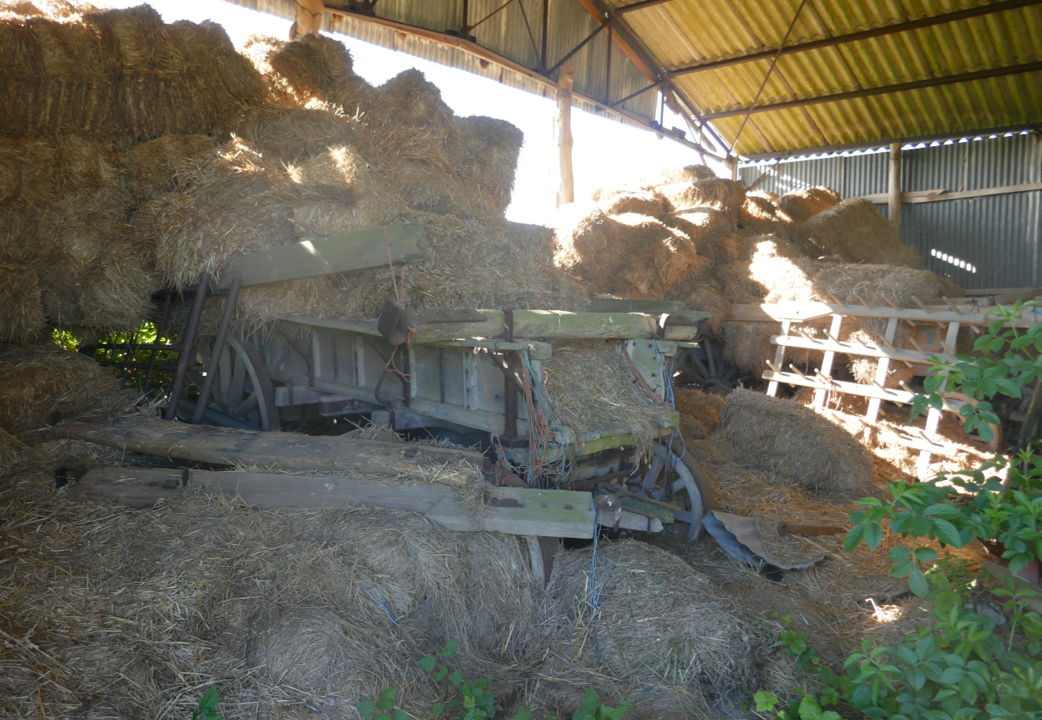