The Belgian frontier village of Watou is about 10 miles to the East of Cassel and straddles one the main evacuation routes towards Dunkirk.  In the First World War it was behind the lines of the British held Ypres Salient and many British soldiers were billeted here.  During May 1940, Watou was in British control, specifically the 2nd Division, until the night of the 29th May.  It appears that the Somerforce’s Breakout of the morning of 30th May was heading towards Watou in the mistaken belief that it was in still in British hands.

Air Raids and the Burial Ground

Watou was subjected to two German air-raids during the Battle of Cassel on 27th and 28th May 1940, which inflicted civilian and military casualties, some of whom were buried in nearby front gardens.  During the Cassel breakout on 30th May there were additional British casualties that needed burial and so a burial ground was purchased by the mayor just outside the town on the Houtkerkestraat Road.  It was used to re-bury the air-raid victims, as well as providing graves for Major Cartland and the men from his column near to where they had been killed.

In addition to the Cartland ambush victims, it appears that many other British casualties were buried here, the majority being soldiers participating in the Breakout on 29th-30th May 1940.

Along with Cartlands’ column, most of the bodies were re-interred by the Commonwealth War Graves Commission on 22nd February 1948 to the CWG Cemetery at Hotton.  I have listed the men buried here by Regiment in the table below. 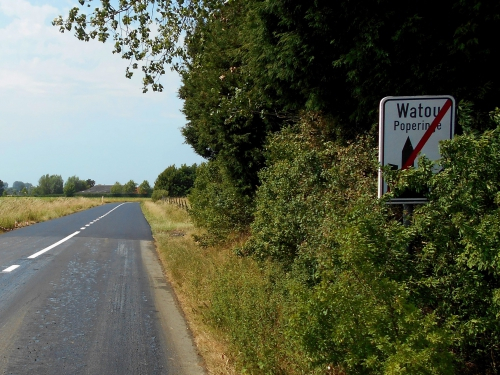 The Burial Ground at Watou, an unmarked clump of overgrown trees

The site has never been developed, although all the victims have since been re-interred to other graveyards.  It has become a copse of overgrown trees, obvious on the approach into Watou from the North, that is held sacrosanct to this day. 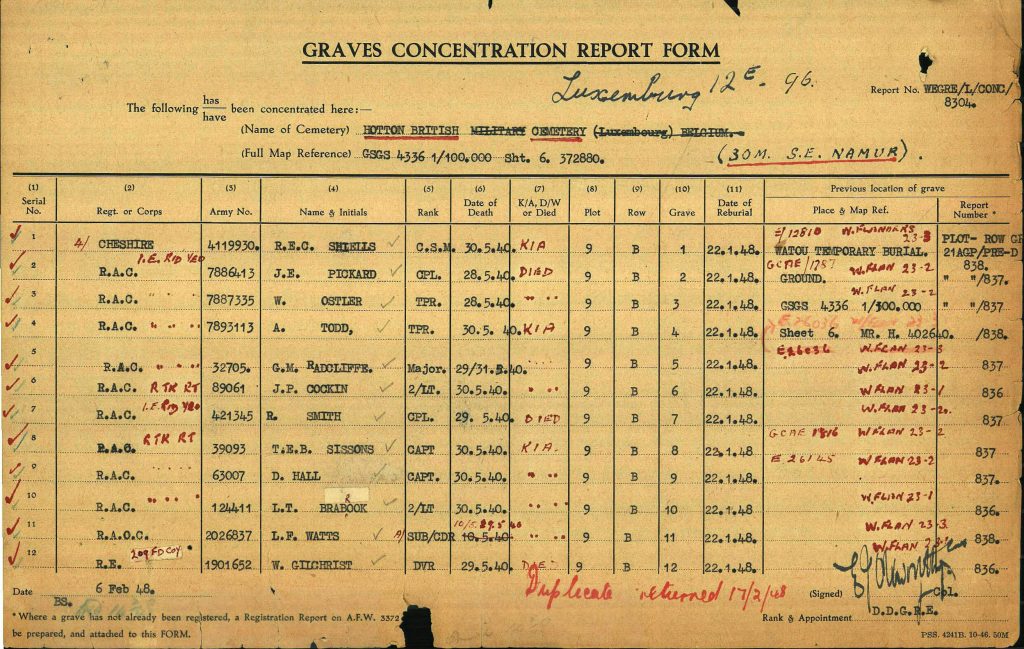 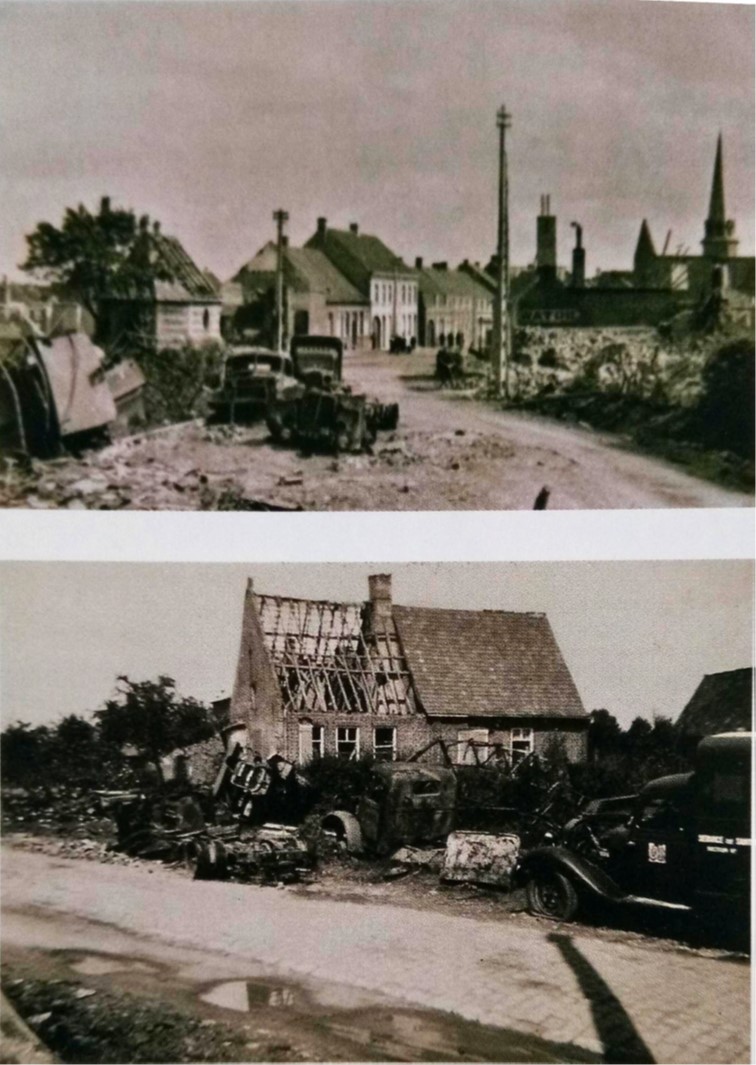 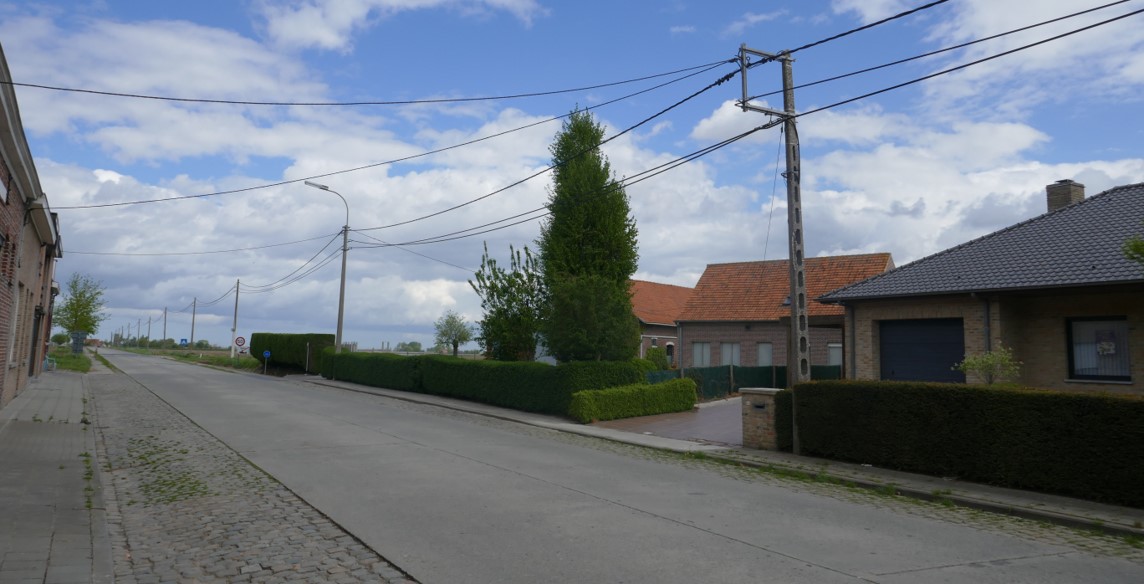 Air raid damage photographed in Watou, 27th May 1940.  The convoy was heading North through Watou towards Dunkirk and had been strafed by German bombers. B&W images courtesy of Jan Daschot. The same scene in 2019 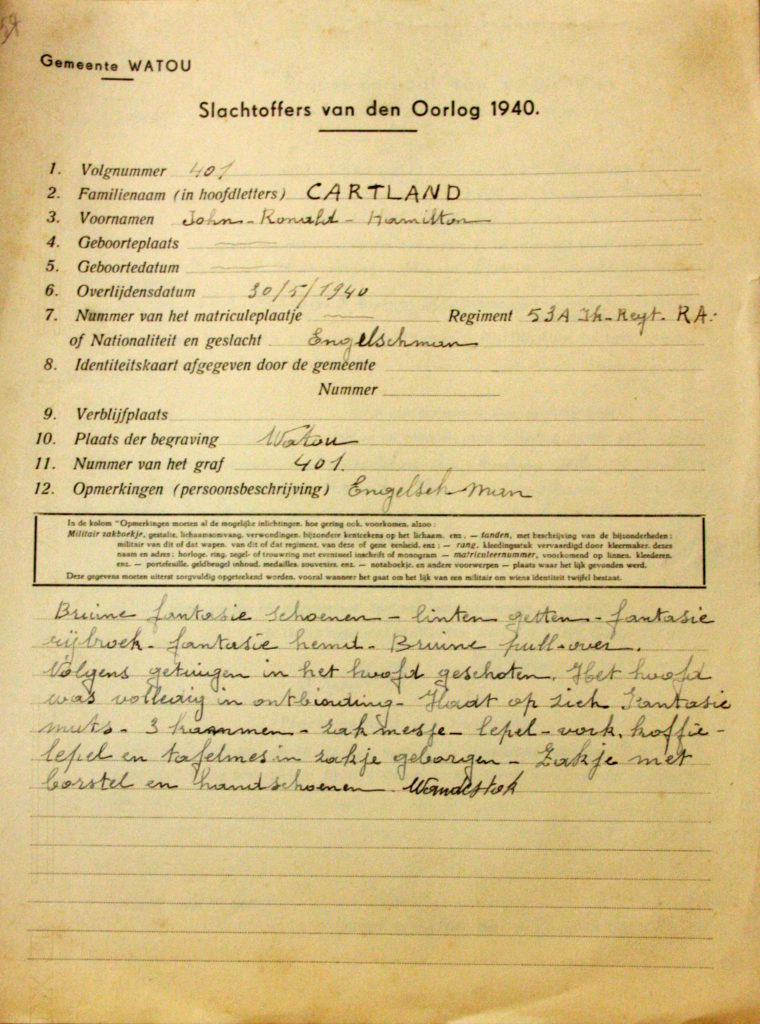 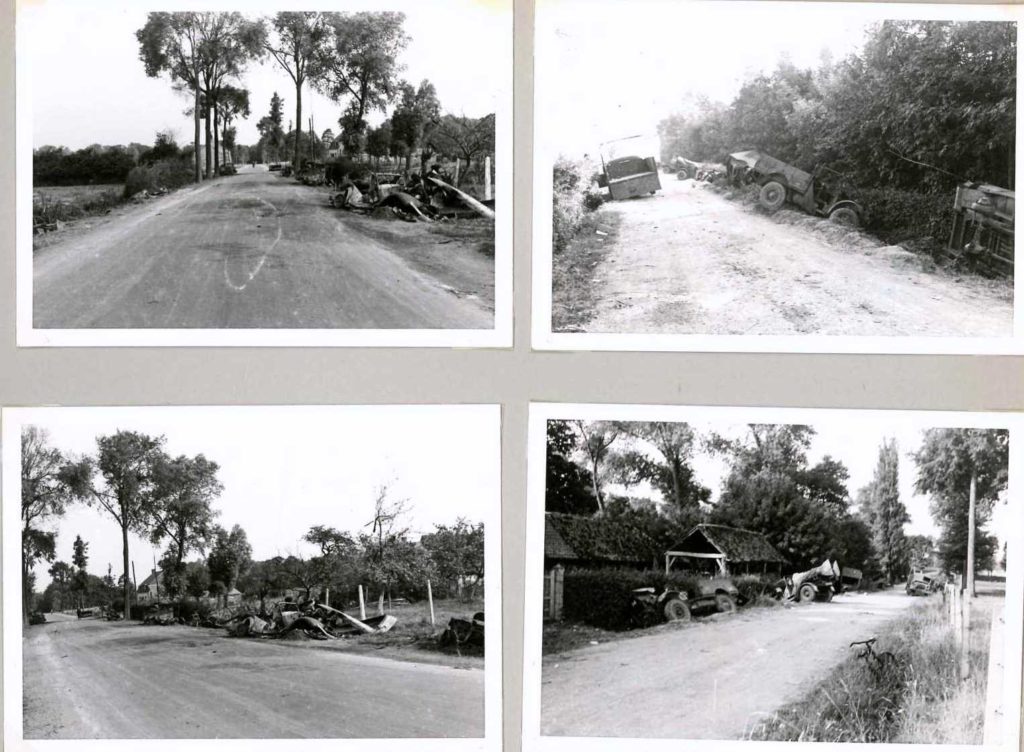 Abandoned British and French Army vehicles on roads towards Dunkirk, between Poperinghe and Proven, May 1940.  Photograph courtesy Jan Daschot