Lt (acting Captain) Ronald Baxter, commanding F Troop of 367 Battery,  described being in a forward OP (Observation Post) in woods at St Maur on 21st May during the intense German shelling that inflicted casualties on 366 Battery’s position at Ere.

He wrote ‘..I clearly saw the shells exploding amongst the houses [at Ere].  I heard later that some guns were lost and casualties suffered amongst the crews. Then the Germans gunners gave their attention to the wood I was in ……Now we were for it…’

Luckily Baxter and his two Gunners survived the onslaught by taking shelter in their pre-prepared slit trench.

The Regimental War Diary more detailed grid reference (H 912291) locates the farmhouse which served as HQ during the Escaut campaign, and the precise location of the two fields, about 300 yards apart, where 366 and 367 Batteries were deployed. 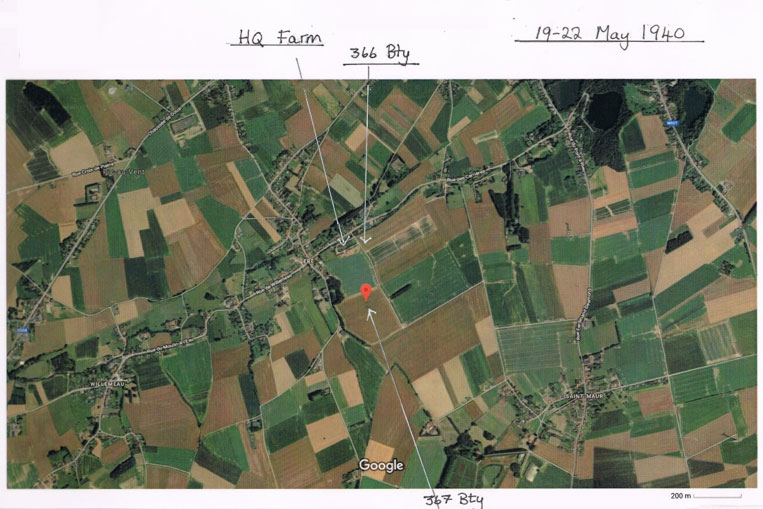 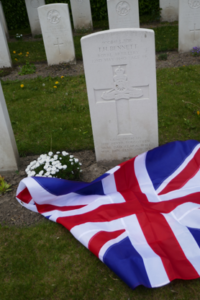